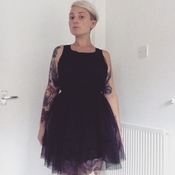 Bringing together the two greatest things in this world: The Simpsons and Donuts, Lard Lad would make a fantastic addition to any Lego Collection

Lard Lad, the iconic mascot of Lard Lad Donuts would compliment any Lego City collection, as well as the new and upcoming Springfield sets

I would imagine Lad Lad to stand about 20cm tall, and include a display plate to increase his stability