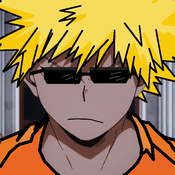 Famous Penguin-Commando back in action!
This set is based on my beloved cartoon "The Penguins of Madagascar" which was a spin-off TV series of Madagascar franchise.
This idea consists of approximately 2300 pieces and includes iconic locations at the Central Park Zoo – the penguins' habitat with underground headquarters, Kowalski’s laboratory, underground garage with penguins’ car and the lemur habitat with secret cavern which controls climate in the zoo
.
In the next update I will add more minifigures. There will be King Julien, Maurice, Mort and of course Skipper, Kowalski, Rico and Private. I hope that if this idea gets approved LEGO will make custom parts for this minifigures just like they did with SpongeBob characters.
Let’s get into details!
Penguins HQ – it can be accessed by a movable hatch hidden under the feeding bowl. Inside next to the ladder there are four vertical bunks with pillows in the wall. On the left of the ladder there is a large fish mounted on a board. Behind this board is a hidden safe with secret mission files. The main room also includes a periscope, table to eat and play cards, magneto phone, old TV, clock and control panel hidden in the wall.
Kowalski’s Laboratory – it is a smaller room with many scientific devices. In the centre, there is a table with vial stand. Behind it there is a green board with Kowalski’s equations written on it. The most interesting feature of this room is an infamous S.T.A.N.K. lurking in its camouflaged chamber.
Garage – it is used to host penguins’ car when they do not dive it. In this room there are many storages where penguins’ hold numerous tools. Of course the coolest thing in the garage is the car. In the TV series penguins’ were using a pink RC car which was actually a toy. The hardest task was to figure out how to use two different sizes of wheels. My version should be able to fit three regular size minifigures, and it also has an openable trunk.
Lemur habitat – it has everything that king of the zoo needs: bounce house, palm trees, plastic volcano, lawn chair under the sunshade, smoothie bar (where Maurice bartends) and of course King Julien’s Throne.
Secret cavern – it can be accessed by secret hatch in Lemur Habitat. It is the control room for the whole zoo. The main thing is a gigantic furnace which has glowing brick in it. Next to it there is a control panel which can be used to recreate an iconic scene from the TV series and in the centre there is a colossal pipe with a valve.
Thank you for supporting! Updates coming soon!