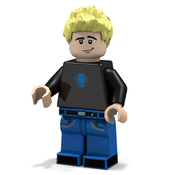 In "Gravity" you have seen it being smashed into pieces.
Question is: Would you like to rebuild it?

MAIN FACTS:
- Current configuration (without Nauka - will be subject to upgrades soon!)
- Modular concept: You can freely reconfigurate the station to your own ideas (might come with additional pieces to cover upcoming upgrades of the original station)
- Comes with 2 Soyuz and 2 Progress capsules
- Including astronauts and cosmonauts minifigures

PLAYABLE FEATURES:
- Turn the solar panels to always catch the best sun!
- Turn the radiator elements to best shade the habited modules and get rid of their heat
- Reconfigure the ELC racks to your needs
- Grab spare parts from the ESP racks
- Control the famous Canadarm to manoeuvre equipment and support the astronouts
- Attatch the OBSS to the Canadarm to do inspections of the stations hull
- Attatch the Dextre to help the Canadarm doing it's work
- Upgrade the station along with the upgrades of the real one
- Play the building of the station - that was quite some re-arranging to do!
- Soyuz/Progress capsules can now be departed into the three components of these vessels. Play return to earth with them!

MODEL SIZE:
- Featured model size: XL slightly more than 1000 pieces (stand not included. would be feasible, but ugly. probably best, to hang it from the ceiling)
- Alternative sizes: S and M (see below)

POSSIBLE EXTENTIONS (for illustration):
- A Space Shuttle based on the deceased model 3367 (but heavily modified) could be attached to the PMA-Docking port (like the real one used to do)
- The Hubble space telescope is possible in the same scale (fits in the Shuttle's cargo bay)
- As it turns out, the rocket of set 3368 can be used to lift the Soyuz capsules to the ISS
- MIR and the upcoming Chineese Space Station may be included in the manual. There are enough bricks to build them alternatively!
- expect more to come!

Header picture:
Astronaut at work supported by the Canadarm2
The Canadarm2 is here fixed to the "Mobile Base System" witch is slidable all along the main structure of the station! 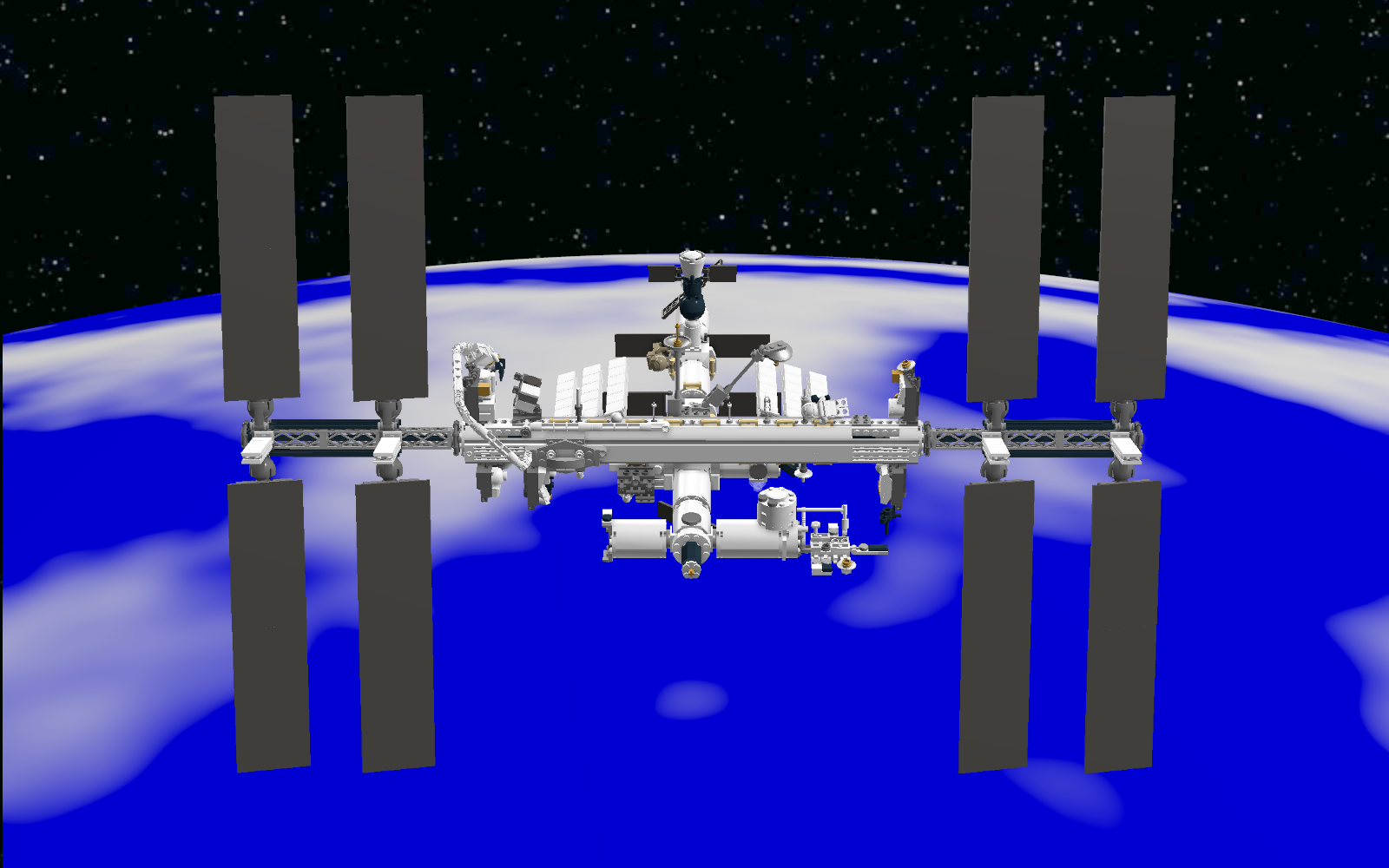 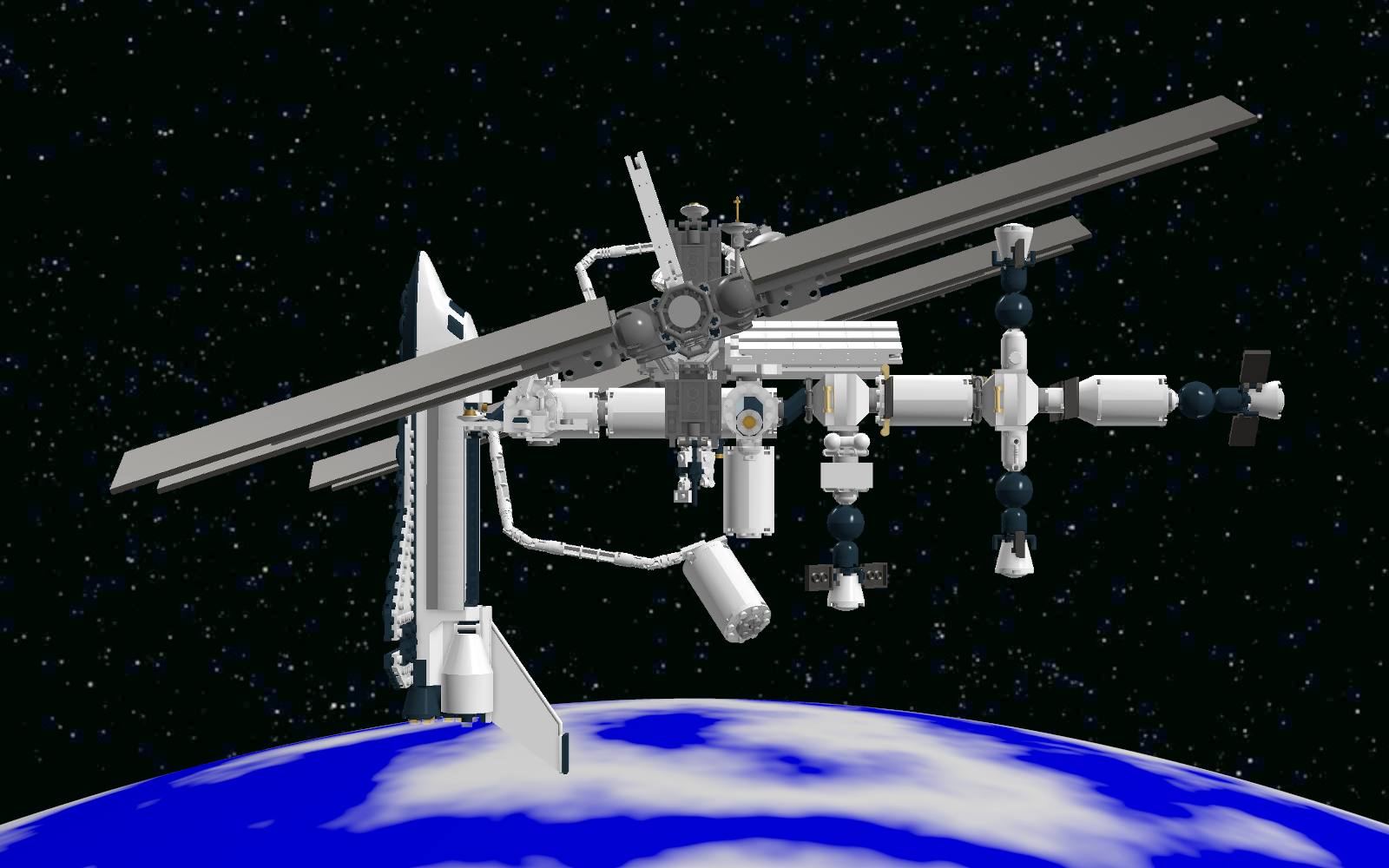 Sideview with the (good old) Shuttle attached for illustrating the extention possiblities! 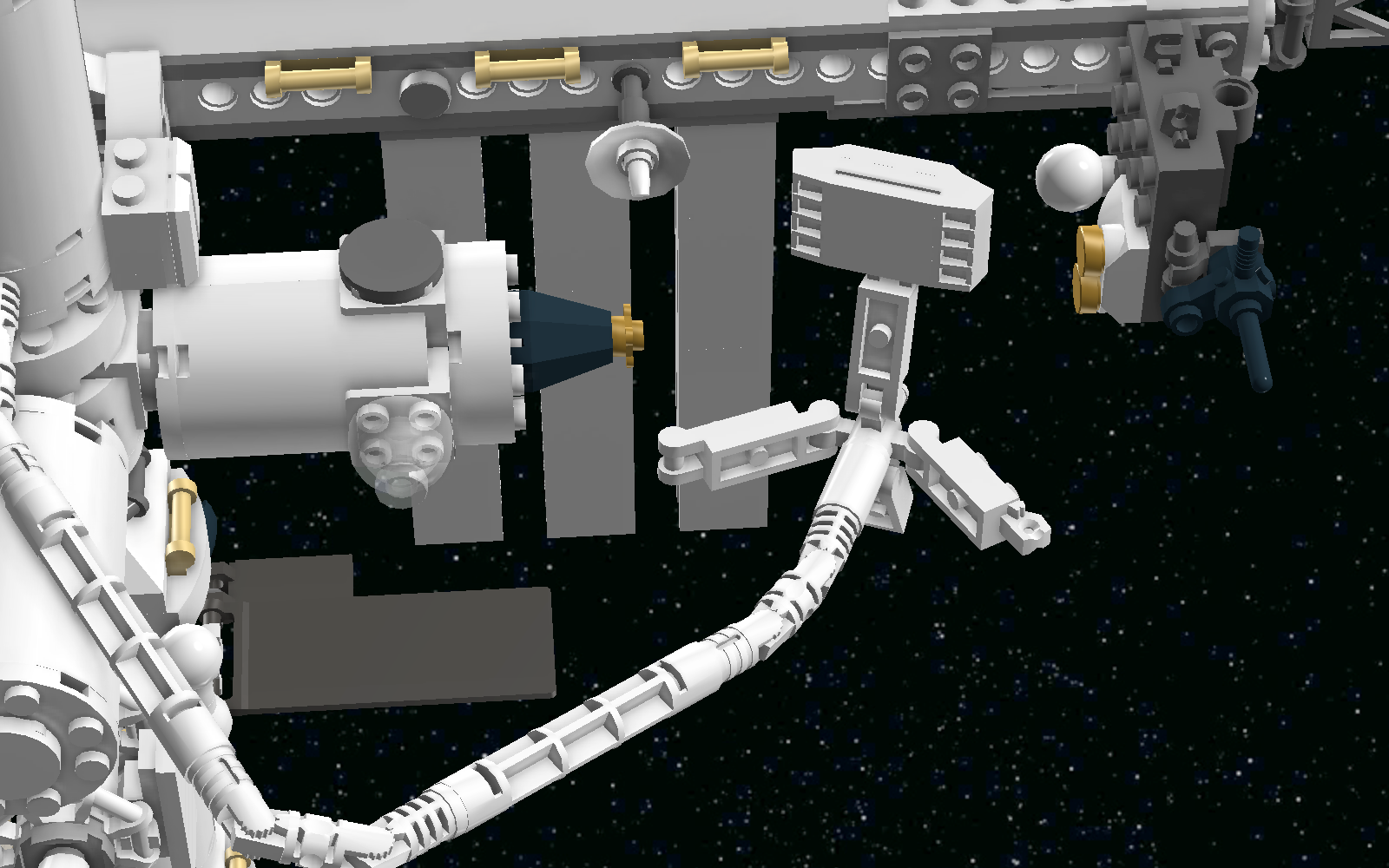 Canadarm2 supported by Dextre handling equipment at the ELC-1 rack.
Here it is fixed to the Destiny module. Like the real one the robotic arm in this model can walk the station inchworm-like!

On the left you see the Unity module with the Tranquility, famous for the Cupola (the big window to the Earth). In the back the heat radiators cooling the station. 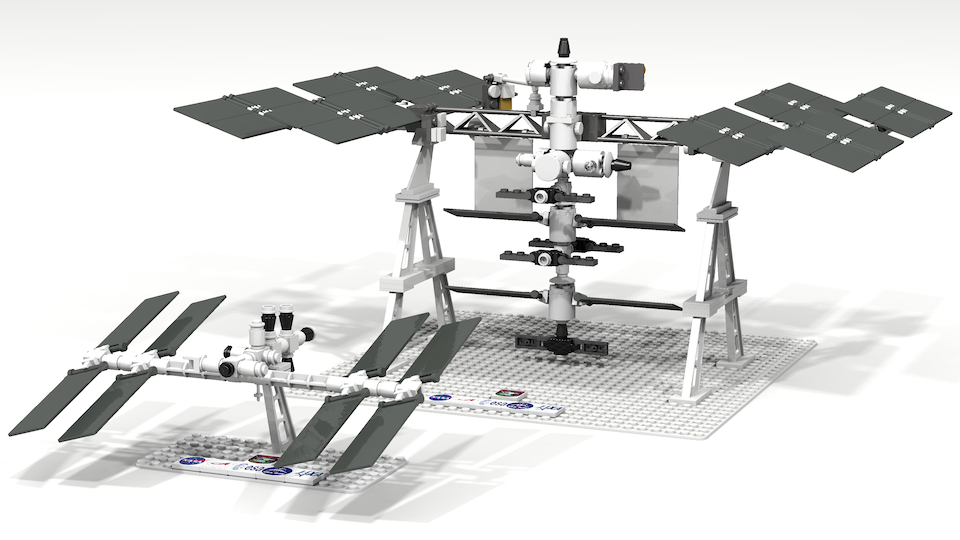 Size M version mabye better on the sideboard rather than the desk
- features turnable solar panels, movable Canadarm2, detachable and reconfigurable ELC-moduls and Soyuz/Progress cabsules
- this one is based on the original LEGO set 7467, but heavily upgraded
- comes on a stand
- can be hung as well (contains a eye on the backside)
- only 299 pieces