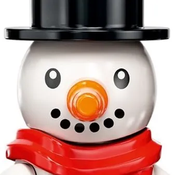 Well, here we are. Another submission relating to Classic Doctor Who.

This time, we have the Classic TARDIS Console Room(s).

We have three variants to choose from.

The changes I would make are minor. First, a proper scarf piece for the Fourth Doctor & a modification to the Columns used in the Transition Console Room, to make them more accurate.