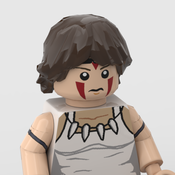 By Piccolo_Rosso
104 comments
Hayao Miyazaki is considered the master of Japanese animation. Co-founder of Studios Ghibli, he has won over a wide audience with his grandiose films with breathtaking scenery and fascinating characters.
Miyazaki is what you might call a "nature fan". Nature is present everywhere in his films and is highlighted each time. This is particularly the case for Princess Mononoke, which can be considered an ecological fable.
The forest of Princess Mononoke is a mystical and mysterious forest where deities like Moro, a wolf goddess from ancient times, who raises her cubs alone, and a young human girl, San, whom she considers her daughter, live.
The spirit of the forest rules over this forest, a deer god with a human head who can give life or take it away. Souls of the forest, the Kodama are spirits in the form of small white men who live in the trees and reflect the state of the forest. If the forest dies, they die with it.
And unfortunately the forest is losing its power. The community of men and women rejected by society that Lady Eboshi has formed needs iron to live and fight against the samurais who covet their land. And for this Lady Eboshi does not hesitate to clear the forest, even if it means confronting the deities. With her new harquebuses, she hunted Nago, the boar god, who in his fury was conquered by a demon. Chased south, Nago attacked the village of Ashitaka. Ashitaka had to kill him but the curse fell on himself, he had to leave his village and go north to find the source of the evil that was eating away at him. He will arrive in this forest where San, a girl raised by wolves, lives and fights against Lady Eboshi.
Turn this classic Japanese animation into a Lego Ideas set!
-A drill that takes the mother tree of the Kodamas, these can be slipped into the branches.
-At night, the glow-in-the-dark Kodama climb to the top of the tree to watch the transformation of the forest spirit.
-Detail of the movie : The presence of the forest spirit is visible, it has left its footprints which attract butterflies . An animal also came to its lair before it died, as the bones attest.
-The vegetation of the forest is lush and detailed (plants, tree moss, mushrooms...)
-Builds Moro and forms the wolf tribe with San.
-Yakuru is fully articulated, accompanied by his master Ashitaka, he can strike epic running poses.
-Ashitaka can help the injured from the mines to return home through the forest, guided by the kodama. This will not please Kohroku who is afraid of them.