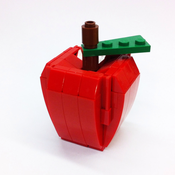 By Yabboq-Jabbok
1 comment
Everyone's favorite classic wooden childhood building toy--now rendered in full scale using plastic LEGOs! The ten 'pieces' shown recreate the basic Lincoln Log set's pieces. I have used existing pieces available with LDD 4.3, but the true set could be slightly more specialized. The chimney is one piece that I would like to see topped with 1x3 and 1x4 orange tiles, but I was unable to do this to my satisfaction within the computer program.

I would envision the packaging to be reminiscent of the classic Lincoln Log cylinders, if possible. I would have liked to cap the logs themselves with flat tiles 4x4, round in reddish-brown, but could nit find any in LDD. I don't mind the studs, though, as I don't think they detract from the look of the 'logs'. 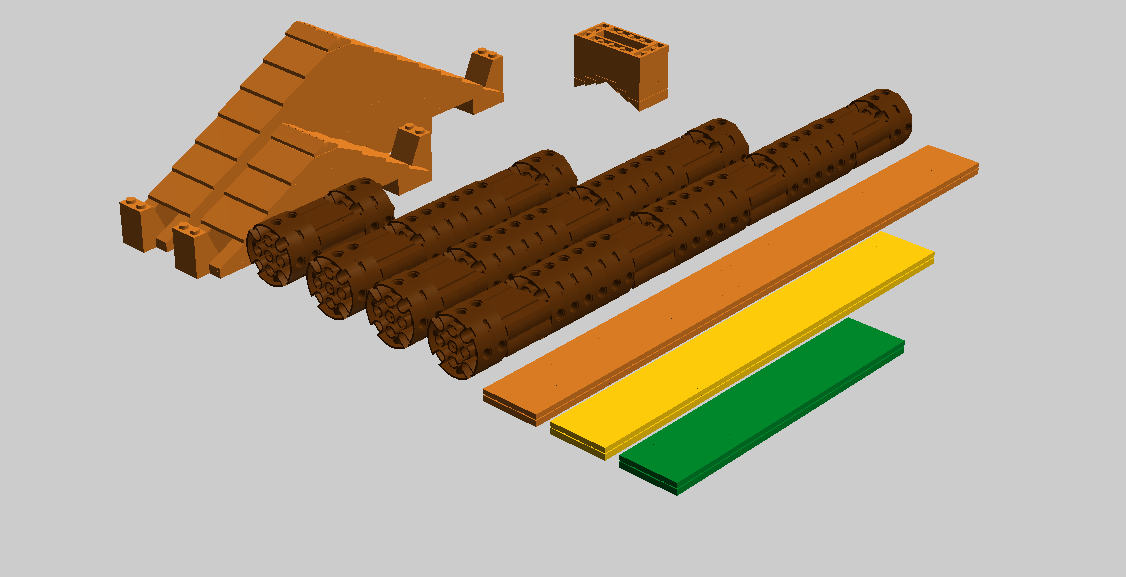 This view shows the pieces in relation to each other quite clearly. The 'logs' could also be made so that they had studs-out on either end, but LDD does not allow the user to utilize the 1 1/2 M connecting bush to the full extent that one can in the real world (i.e. as a stud connector). 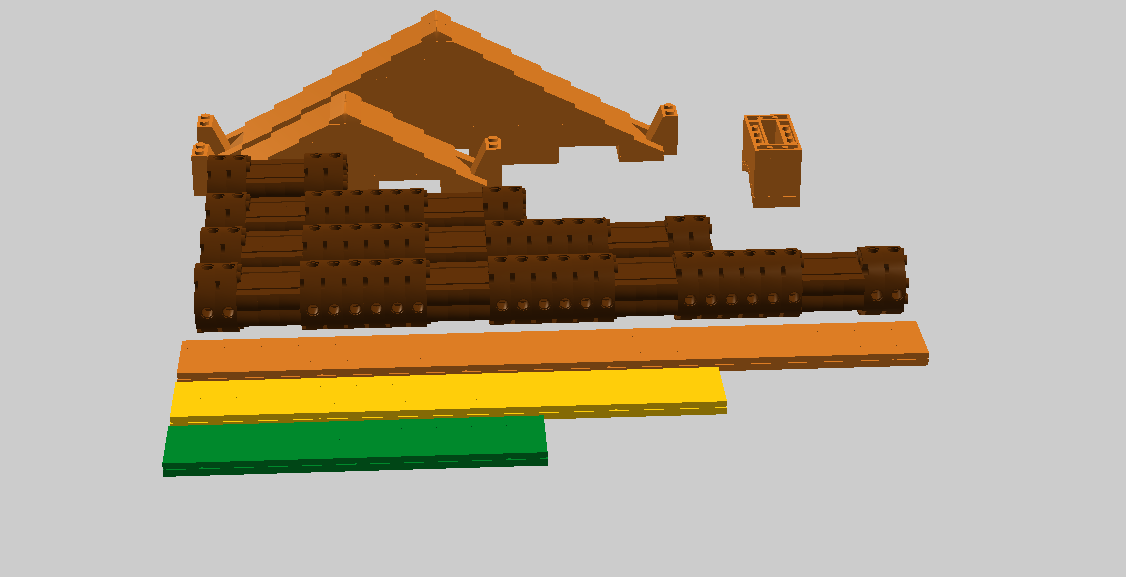 I've tried to match the classic colors as closely as possible, although the roof supports and chimney (also molded plastic in my original Lincoln Log set) would be closer to fluorescent reddish orange, a color LEGO has produced solely as a transparent hue thus far. 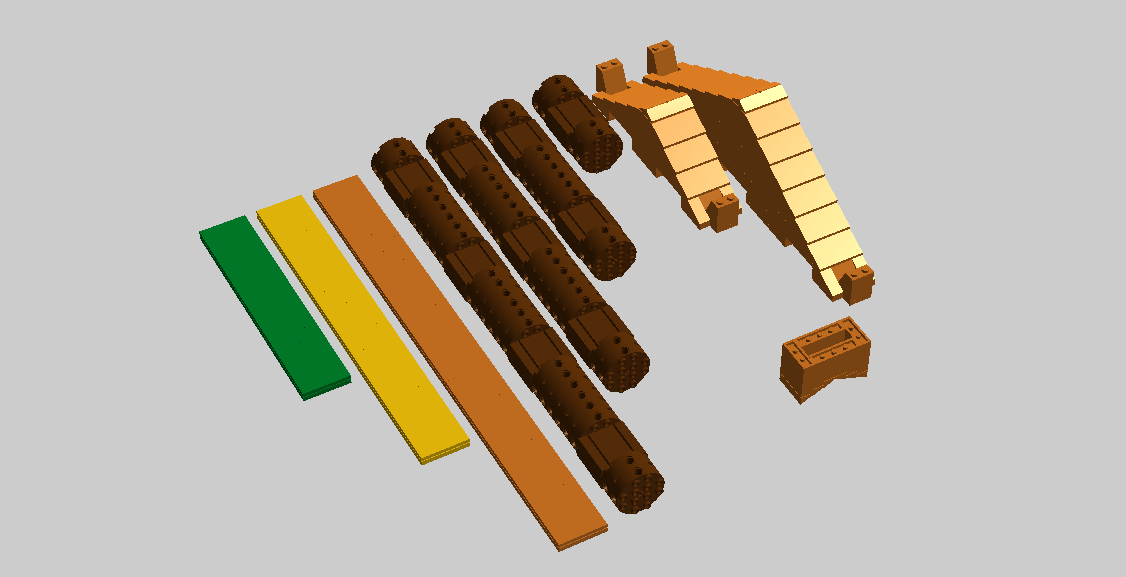 Another view; the classic set would arguably be comprised of enough LEGOs to create a number of log buildings, and the 'logs' could be reinforced with reddish brown cross axels of appropriate lengths. Additional pieces I considered including were yellow 2x4 doors + frames and windows + frames, pieces that exist in newer Lincoln Log sets. 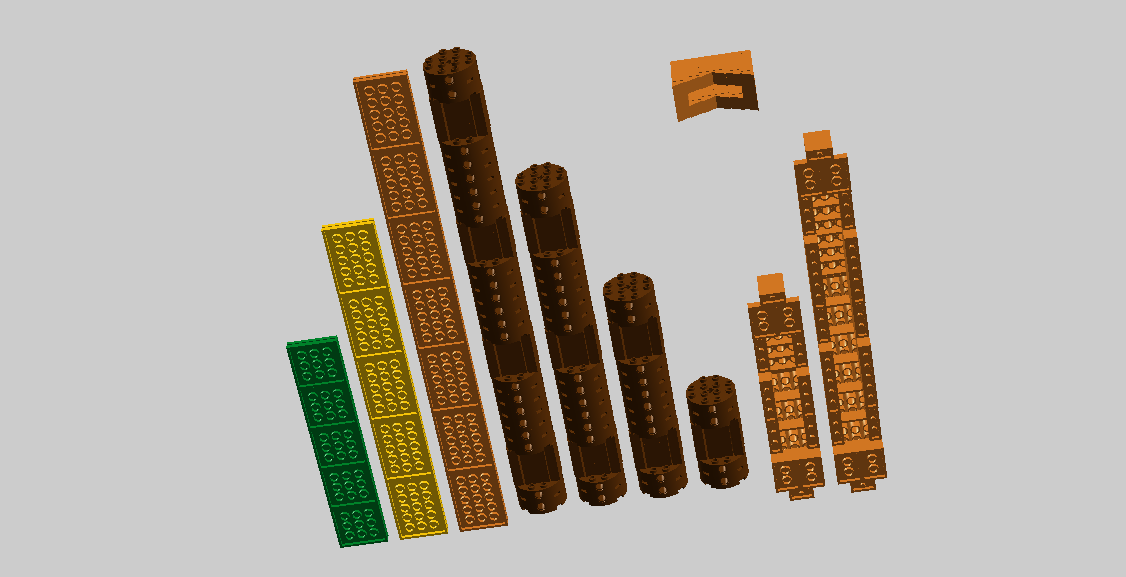 The underside of the various pieces. I envision a 24-piece 'set' as the most basic version perhaps. Not modeled here are the 'half logs' used for bases in many Lincoln Log buildings. I may add this later on, and I am also considering redoing the chimney (in the real set there is no actual hole, just a molded indentation simulating one),