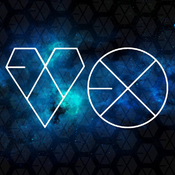 Captain America has a helmet that can actually come off his head, and an awesome printed shield with vivid colors.

Iron Man's helmet can open to reveal his face, which is double-sided, and can also come off his head. He also comes with a transparent stick that connects to the inside of the building, to make it look like he is hovering.

The Hydra henchman has a gun and an amazingly printed outfit.

The Hydra Tower has many awesome functions, such as: an opening gate, and a flick missile on the top balcony that rotates vertically. The tower also opens to reveal the inside, where a storage compartment and a stone ladder to get to the balcony are located. When the tower is opened, the side that was facing the back, turns to reveal the Hydra symbol hanging from the balcony.

This set also includes 3 trees on their own platforms, one of which has an owl perched on it's branch, and a small pond just on the outer-edge of the tower. Another cool extra was the round Cosmic Cube containment unit. When the handle on top is pulled, it pops off to reveal the Cosmic Cube underneath.

Everything but the Captain America, Iron Man, and Hydra henchman's head are Lego.

This set was based off of Lego's Hydra Fortress Smash, but has 2 functions, and a minifigure that their set does not include.