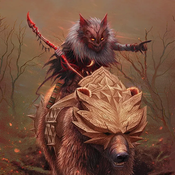 For a while I have wanted to build a mobile HQ for the Ninjago ninja, and here it is. The model includes:

This model took inspiration from the Agents 8635: Mobile Command Center, the Ultra Agents 70165: Ultra Agents Mission HQ, and the Ninjago theme. It is constructed from 2431 Lego bricks. The complete model is 69 studs long, 15 studs wide, and is 15 bricks high.

Pleases support this model. It is much appreciated.