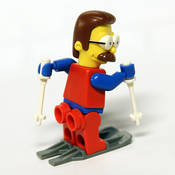 Daft Punk, maybe the most well known (and best imo) electronic music group in the world, have had striking appearances in movies and music videos, directed films, collaborated with legends, and been sampled by many other modern greats. They are beyond being just iconic musicians, they are content creators on another level, and their look and visual style is instantly recognizable. Through costumes, elaborate stage lighting / structures, and even vehicles, Daft Punk have created a visual history that lends itself to Lego. All if not most, can be recreated with preexisting Lego parts.

Images of fan's recreations of these can be found all throughout the internet.

Daft Punk have appeared in "Tron" and in their own movie "Electroma," their distinct visual style is clearly appealing to fans of Sci-Fi, which to me speaks to their "playability." Much of Lego's success has come from Space and other Sci-Fi/Fantasy lines. Daft Punk should fit right in with such lines. Space Police running security at a Daft Punk show on some alien planet? Daft Punk rescued by the Galaxy Patrol? Daft Punk abducted from earth during their ALIVE tour? Endless possibilities? The style and tone of Daft Punk aligns perfectly with Lego and would create an experience that people of all ages can enjoy.

With this I propose a Daft Punk set, that would introduce the Robots to Lego's world as minifigures. The set should include instruments (as pictured, maybe turntables, sequencers, mixers, controllers and a guitar for robot rocking), a simple stage with simple lighting and speakers. Having the Robot Helmets and some new printed tiles with instruments would open the door to all the custom options. Fan's could build their Daft Punk set into larger creations, like one's own Lego City, or some of the other things I mentioned above. The photos I will continue to post are meant to serve as a representation of the set's playability, different minifig torsos can and should be subbed in and out to create different Daft Punk appearances, lighting and stages should be expanded, etc.

Also important to note is that my robot minifigs are sporting helmets that are as close as what Lego makes to the real deal. I would prefer to have custom printed visors for these guys, Thomas's helmet should have the all black visor with printing that says something Daft Punky in LED's, and Guy's will retain the visor from my images but could maybe have some printing as well. I will make an image soon showing what I mean.

Update:
May 13 - We have reached over 100 supporters in just a few days, making the #9 spot on the most supported projects. Thank you for supporting.

May 19 - New Pic! New robot helmet! So I have added an alternate concept for Thomas' helmet, Though I would like to express again, when this is made, it will look exactly like the real thing, as I am proposing new minifig pieces be made for this set.

May 20 - Now the #5 spot on most supported projects. Thank you supporters. More photos coming soon.

October 24 - Finally new pics of the LED lit pyramid stage, and new outfits for the guys. We managed to clinch the #3 spot last week on the top ten and we are now at 1500 supporters. Thanks everybody.

December 2 - Changed main image as per the advice of supporters, almost to 2,000. lets get there before the new year? Also...#2 spot on the most supported! Thanks so much, this is as high up on the list as we've gotten.

December 7 - Updated the Description to be more clear. We're over 2,000 supporters. I have new models featuring speakers and lighting that I will photograph soon. 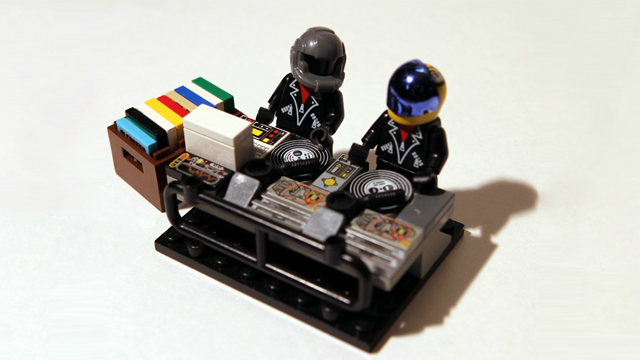 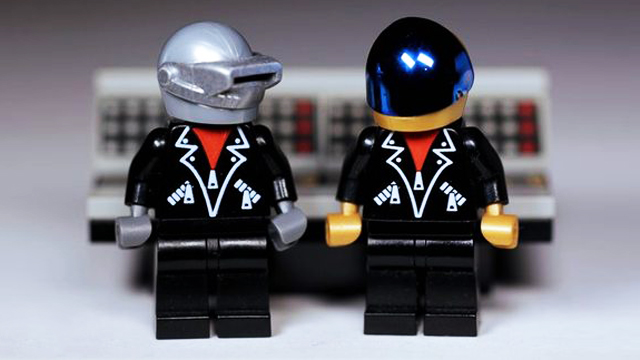