Jumanji Welcome To The Jungle 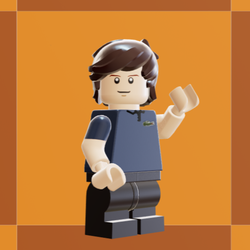 BillyBug
13
This a Lego set based on the 2017 film Jumanji Welcome To The Jungle and includes the jaguar statue where the characters have to return the jewel and mini figures of the main characters. To the left of the statue is a pit of snakes where Ruby Roundhouse has to retrieve the jewel, and to the right is the motorcycle that Dr Xander "smolder" Bravestone rides up the back of the statue at the end of the film. There is a side build of Nigel's jeep that he uses to save the characters from the giant hippo when they first enter the jungle.
The mini figures included are:
-Dr Xander "smolder" Bravestone
-Franklin (mouse) Finbar
-Professor Shelly Oberon
-Ruby Roundhouse
-Seaplane McDonough
-Nigel Billingsley
-Professor Van Pelt
13