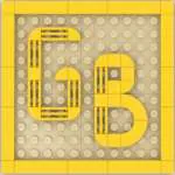 By Greg Burner
14 comments
Socotra is a Yemeni island in Indian Ocean, near the entrance to the gulf of Aden. It has such an atypical and endemic flora that I wanted to design it.
It features :
-A dragon blood tree, Dracaena cinnabari, recognizable by its dense foliage and its umbrella shape, named like that for its red sap used since antiquity as a coulouring substance and as a medical material
-A cucumber tree, Dendrosicyos socotranus, the only species in the Cucurbitaceae that grows in a tree form
But Socotra has also several endemic animal species.
So I added :
-A bird for the Socotra sparrow, Passer insularis
-A spider for the blue baboon tarentula, Monocentropus balfouri
-A crab for the Socotra pseudocardisoma
-A scorpion for the many species endemic to the island
There is 1615 parts. The base at its largest points is 30x40 studs.
I wanted to pay tribute to this beautiful looking island, listed as a UNESCO World Heritage Site for its biodiversity. It could be a nice set for nature lovers or simply for someone looking for some exoticism.
Thanks for reading, don't forget to support and share and I'll make you cookies ^^