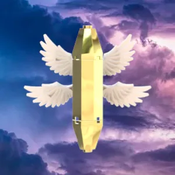 By Zero Helix
120 comments
Deep in the jungle primeval, Mayan warriors compete to reach the end of the rainbow path!
A build-it-yourself board game, Mayan Mayhem Rainbow Race is a fun little distraction that uses colour as a gameplay element.
Rules:
I've been trying to break into the gaming industry ever since I got my degree in game design, and what better medium to use or franchise to join could a person ask for? I created this build in particular because I wanted to make something with rainbow colours as an integral aspect. Lego is the stuff of dreams, and no dream would be complete without beautiful colours!
I believe this idea would make a good set because the game constructed provides plenty of replay value additional to the inherent fun of building with Lego. It's also mostly comprised of good general-use parts, offering excellent potential for use in other builds.
Here's hoping you agree! :)