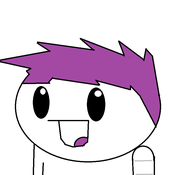 The Dinosaur Collection! For this set I wanted to have scientifically accurate dinos. So for this project I made three dinos with all the accuracies I could.

Spinosaurus appears in this set, walking on all fours. We now know Spino walked like this because of its aquatic life style. Long legs would create drag while swimmimg, and Spino needed to catch fish.

Last but not least, Carnotaurus appears in this set. Carnotaurus had extremely tiny arms (even smaller than T-rex arms) that faced backwards. Carnotaurus also had a short snout and a thick tail.

Sadly, none of these dinos are to scale with mini-figures. Carno and Spino are too small, and Microraptor is too big for mini-fig scale. Although, These figures are very fun to play with, and may just help people learn that dinosaurs were animals, and not monsters.