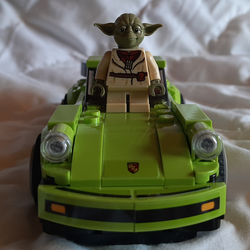 EpicSloth356
11
This is a miniature version of four important buildings in Quebec city.The buildings in the upper Quebec city are slightly elevated from the rest. Here are the Buildings; The Pierre Laporte bridge Which is a toll free bridge to Lévis, Notre Dame des victoires which is the little building in lower Quebec, was built after the English army was forced to retreat, Edifice Marie-Guyart is the tower in upper Quebec, in the top there is l'Observatoire de la Capitale where you can see all of Quebec city, The Chateau Frontenac is the big building in upper Quebec, and it is managed by Fairmont hotels and was made by the CPR.
I built it because I just took a class trip to see all these places and was inspired to share it with the world through Lego. I think it would make a good Lego set Because it would go well with the architecture series and because Quebec city has some stunning architecture.
11