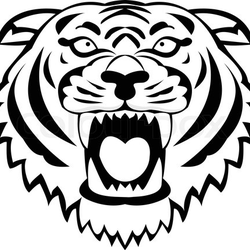 TigerMaster
1
I decided to take the classic game of Ludo but give it a new theme - namely a battle between kingdoms. The four kingdoms have to move around the board like a normal game of Ludo and then get all four characters onto the castle. The first team to defeat the castle guards and grab the flag wins!

The rules are basically the same as ordinary ludo, but with the addition of castle guards. They are the silver figures. To get past one, you have to roll a three or four to get past. 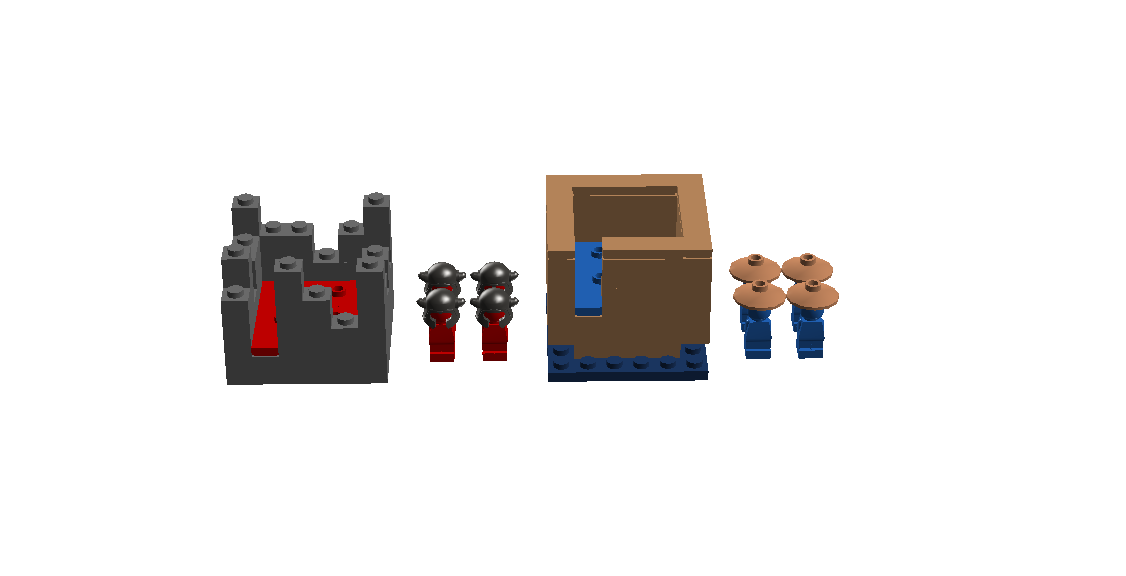 The first two kingdoms are the red and blue kingdoms, otherwise known as the mountain and ocean kingdoms. The reds wear helmets and the blues straw hats. The reds have a mountaintop cave and the blues a house on the ocean. 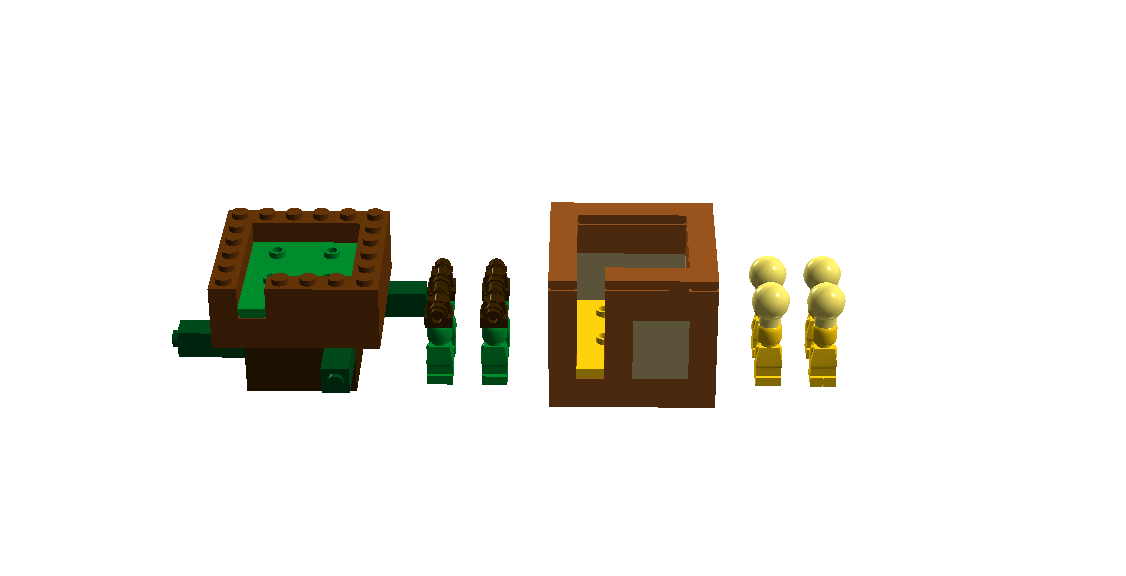 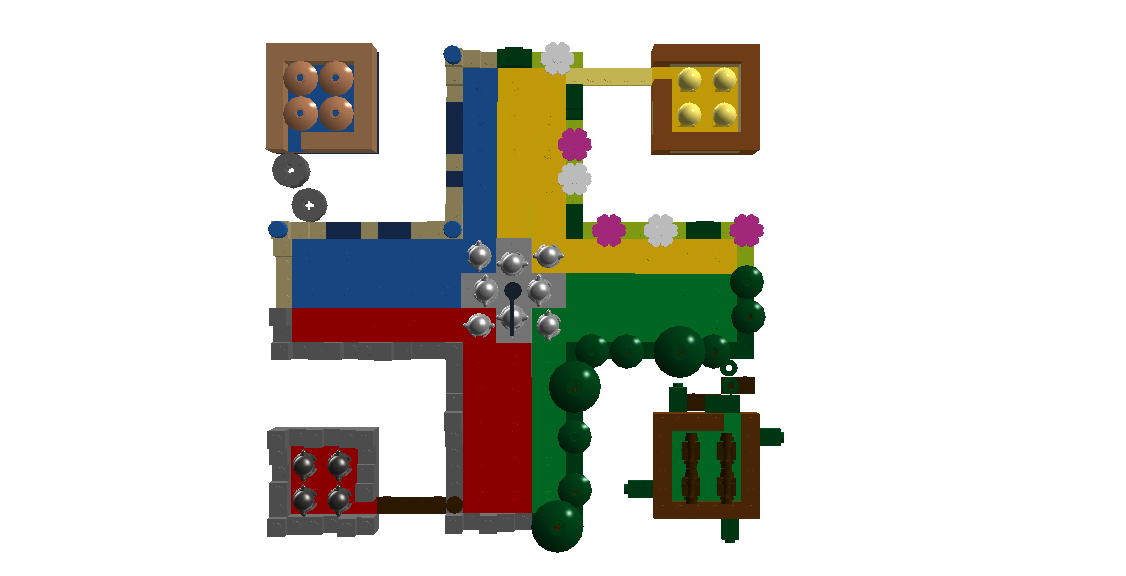 Here is a top-down view of the complete board. Each kingdom has a different path to the starting buildings. 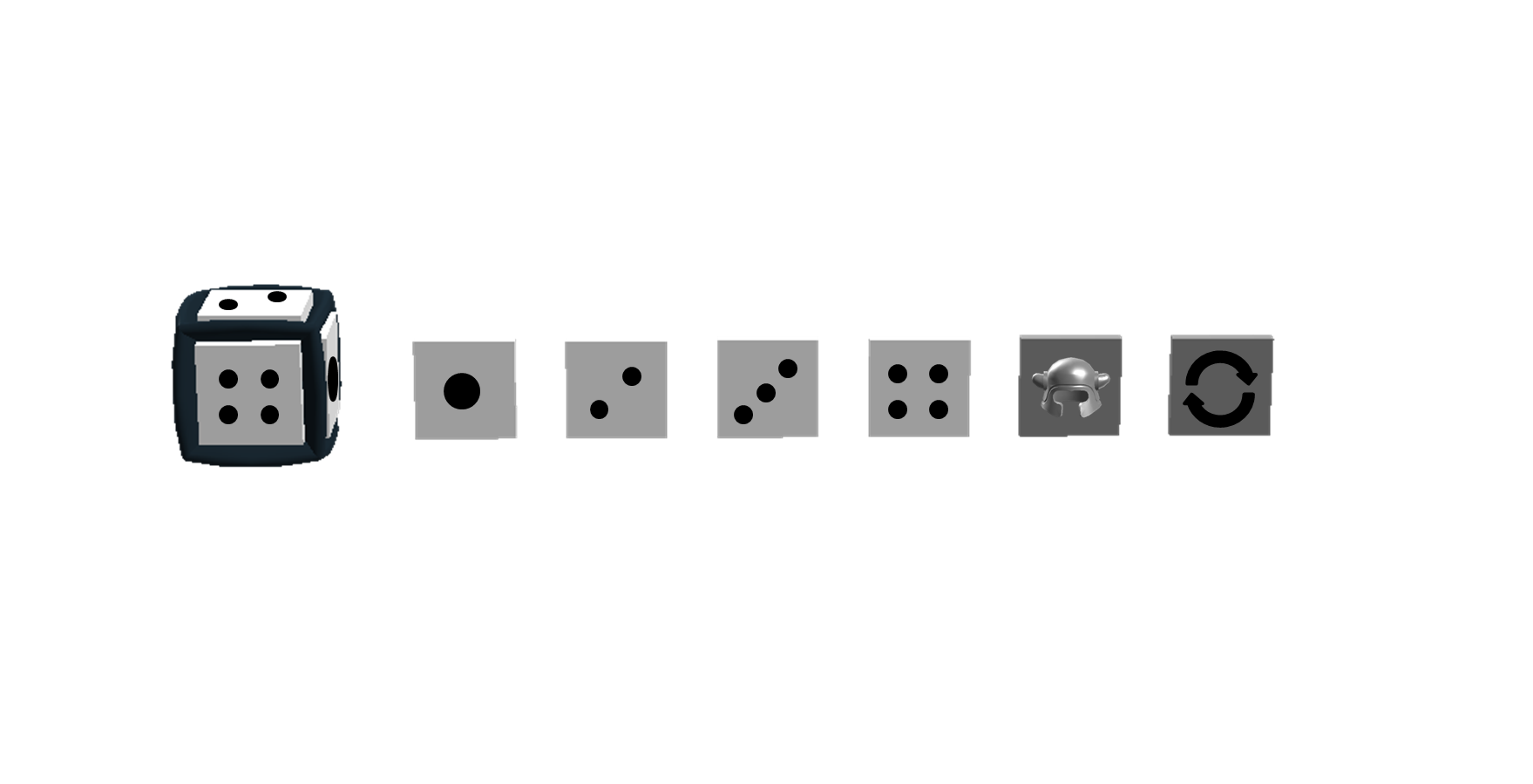 The die has a conventional six sides but two sides are different. The first four sides are numbered one to four and let you move the number of places shown. The helmet means that you get attacked by a castle knight and miss a turn. The arrows make you return to the start of the kingdom you are currently in.