By Slekk024
57 comments
Hello all,
I have the honor to present to you my new project "The ants‘ world".
In my opinion, we can never highlight enough to which point nature is wonderful.
The universe of ants is very unique: There are over 12,000 known species around the world.
For many people, ants seem harmful; but the truth is that ants are essential to the development of our terrestrial ecosystem. A large number of plants depend on it, there is a real symbiosis that takes place.
There is so much to say about the behavior and ingenuity of ants that I could write two hundred pages about it.
But as this is not the goal, I decided to choose three exceptional ants with unusual characteristics and abilities and create them in Lego.
Let me introduce you to the new stars of my project: The Jack Jumper, The Trap Jaw and the Green ant.
I'll start with the Myrmecia pilosula aka Jack Jumper. 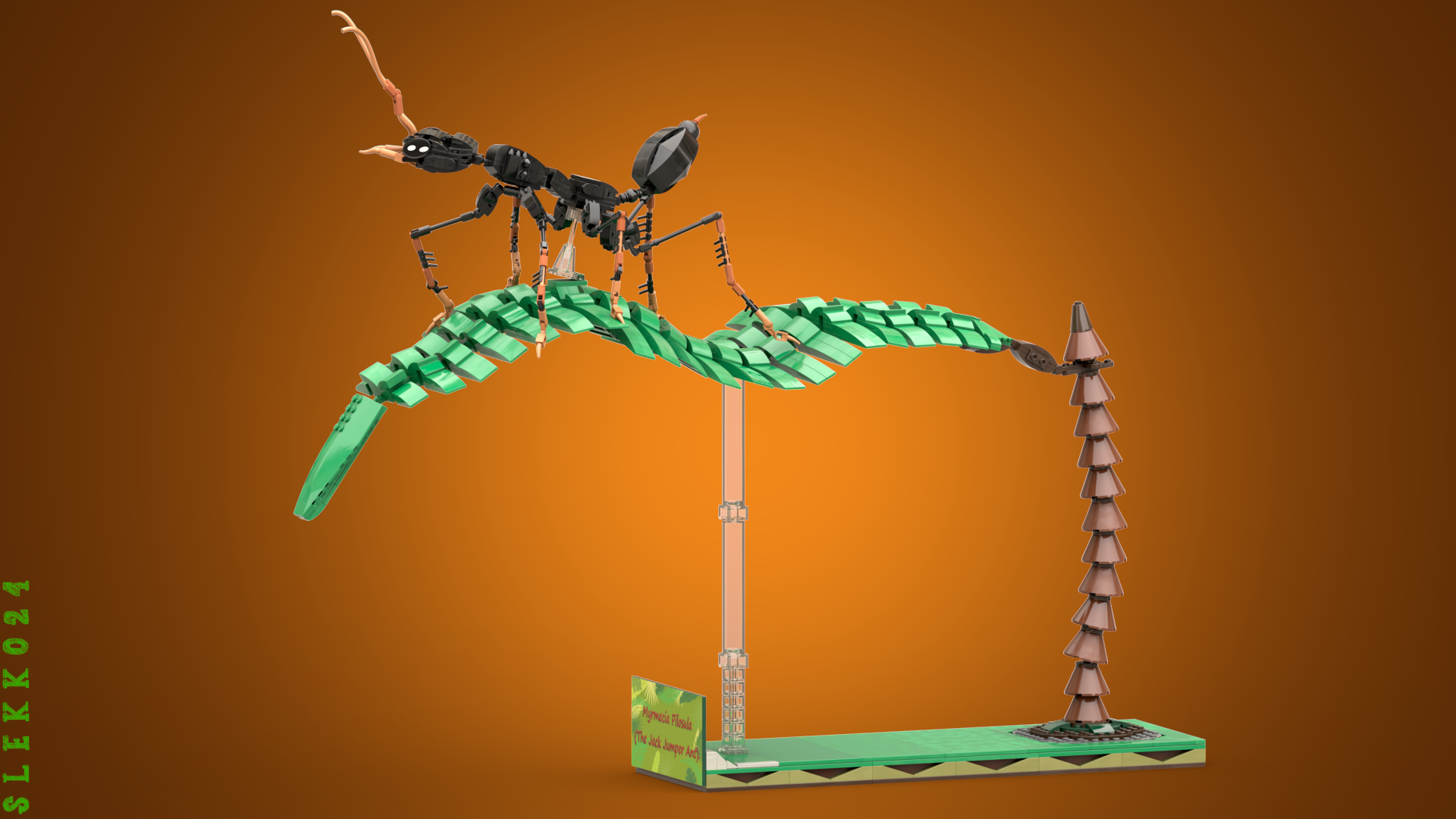 This ant is remarkable in every way: It numbers among the largest and oldest races, and unlike many other ants it is not blind, but orientates itself thanks to its vision. It is very territorial and when it cannot win against other ants, it practices sabotage (for example it blocks paths or entrances of enemy nests).
It has excrescences at the end of its legs that allow it to grip and - as its name suggests - it is able to perform rapid and spectacular jumps.
It also has a sting and is able to sting multiple times. 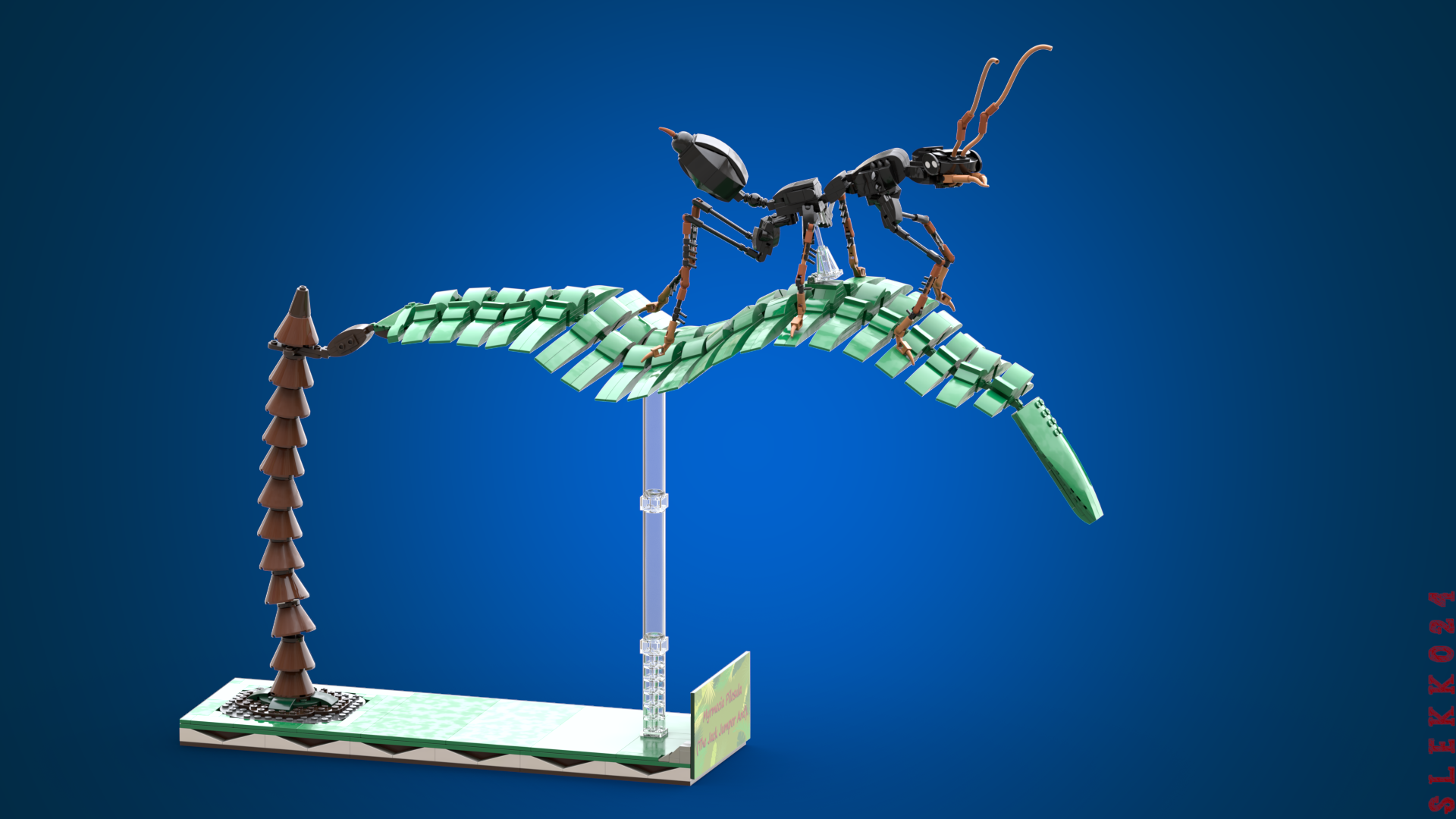 I will now tell you about another exceptional ant: The Odontomachus brunneus or more commonly known as Trap Jaw. 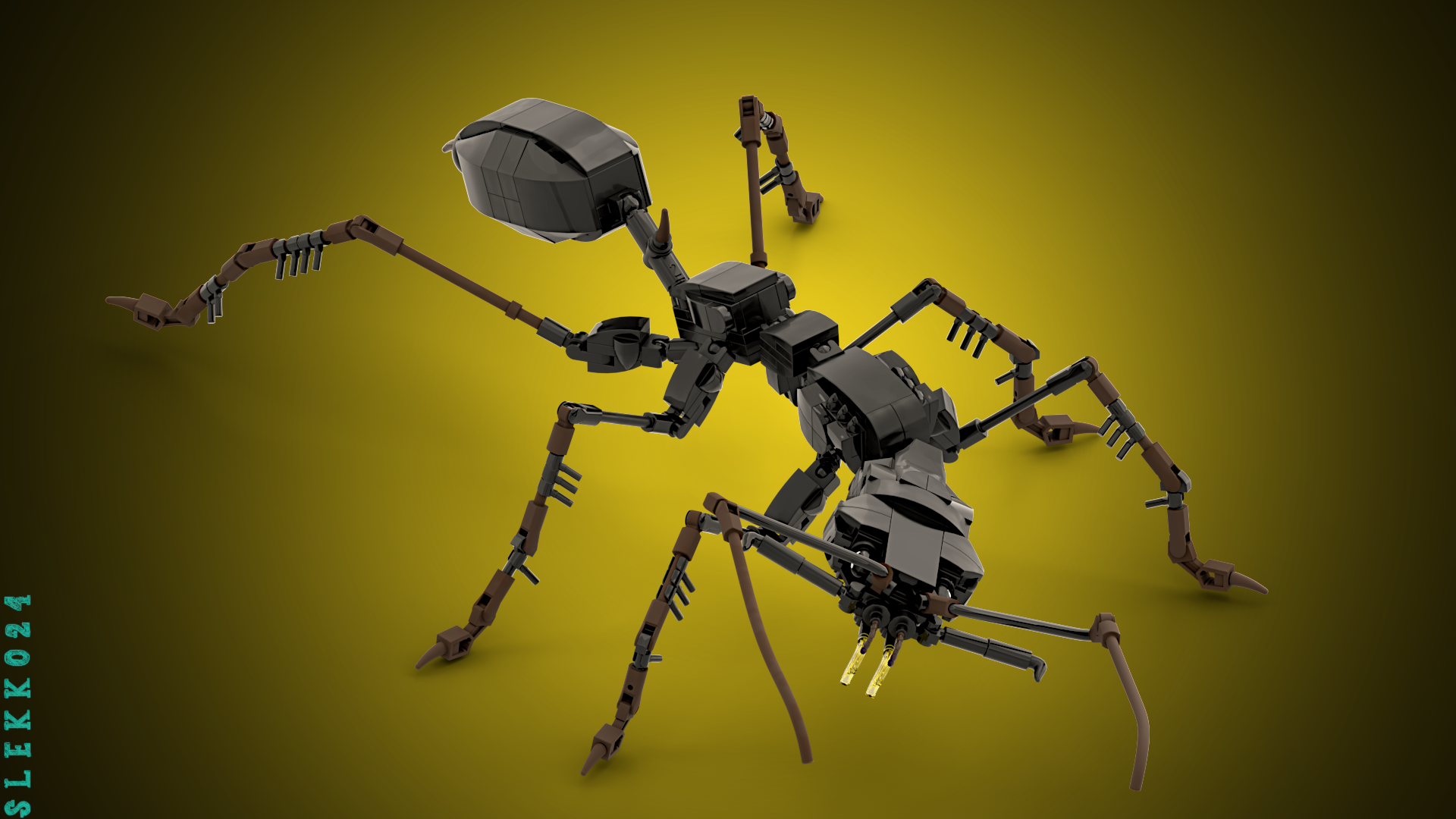 It is a fairly large ant and it has the particularity of placing its mandibles at 180 degrees, which allows it to give considerable strength to its jaw.
Trap-jaw ants of this species have the fastest moving predatory appendages within the animal kingdom. A study recorded peak speeds of 126 to 230 km/h (78 - 143 mph), with the jaws closing within just 130 microseconds on average. The peak force exerted corresponds to 300 times the body weight of the ant. The ants were also observed to use their jaws as a catapult to eject intruders or fling themselves backwards to escape a threat.
It can also use this force to avoid a fatal fall such as a bungee jump or a branch. 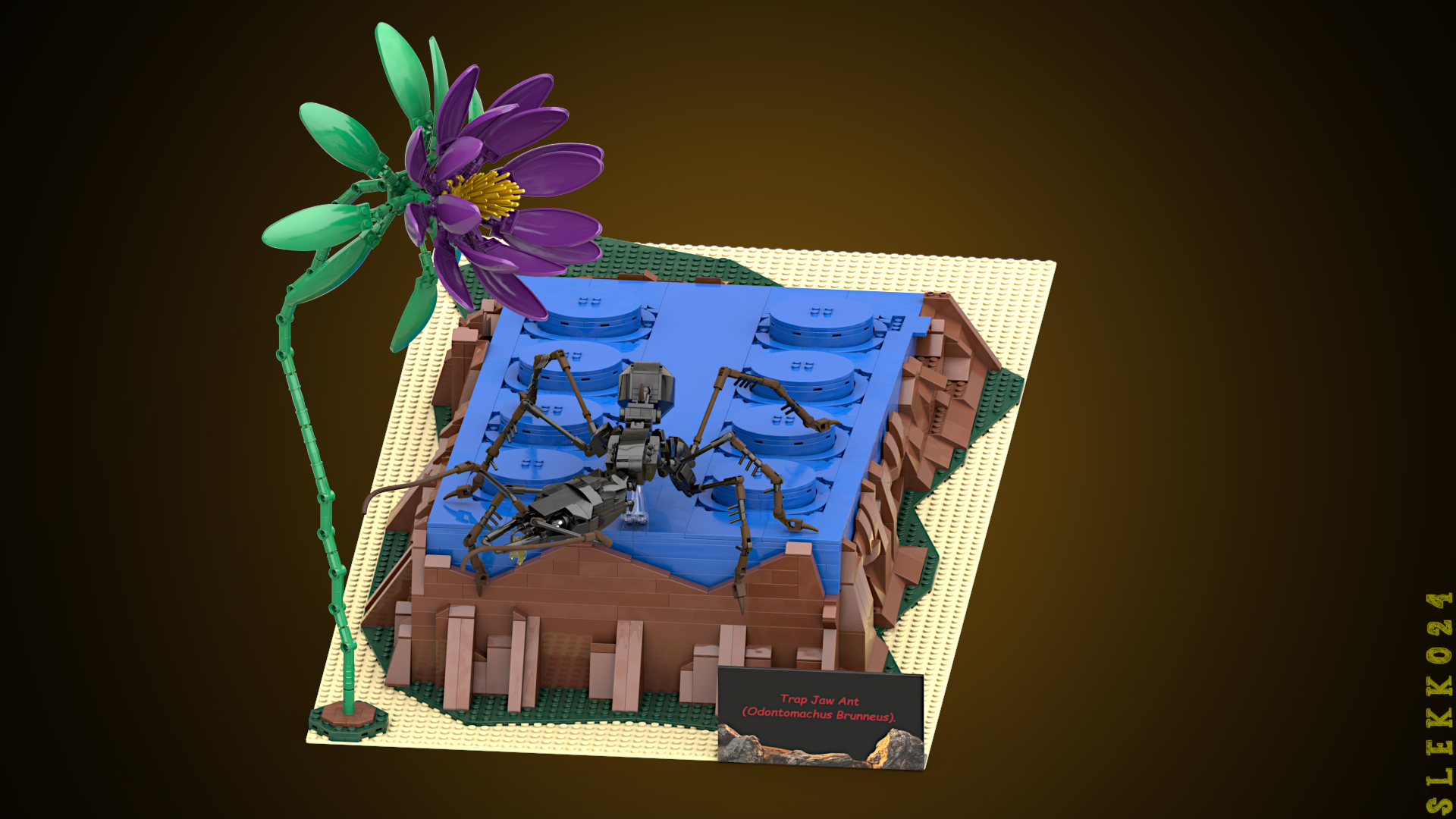 I will conclude with the Oecophylla or more commonly known as Weaver ant or Green ant. 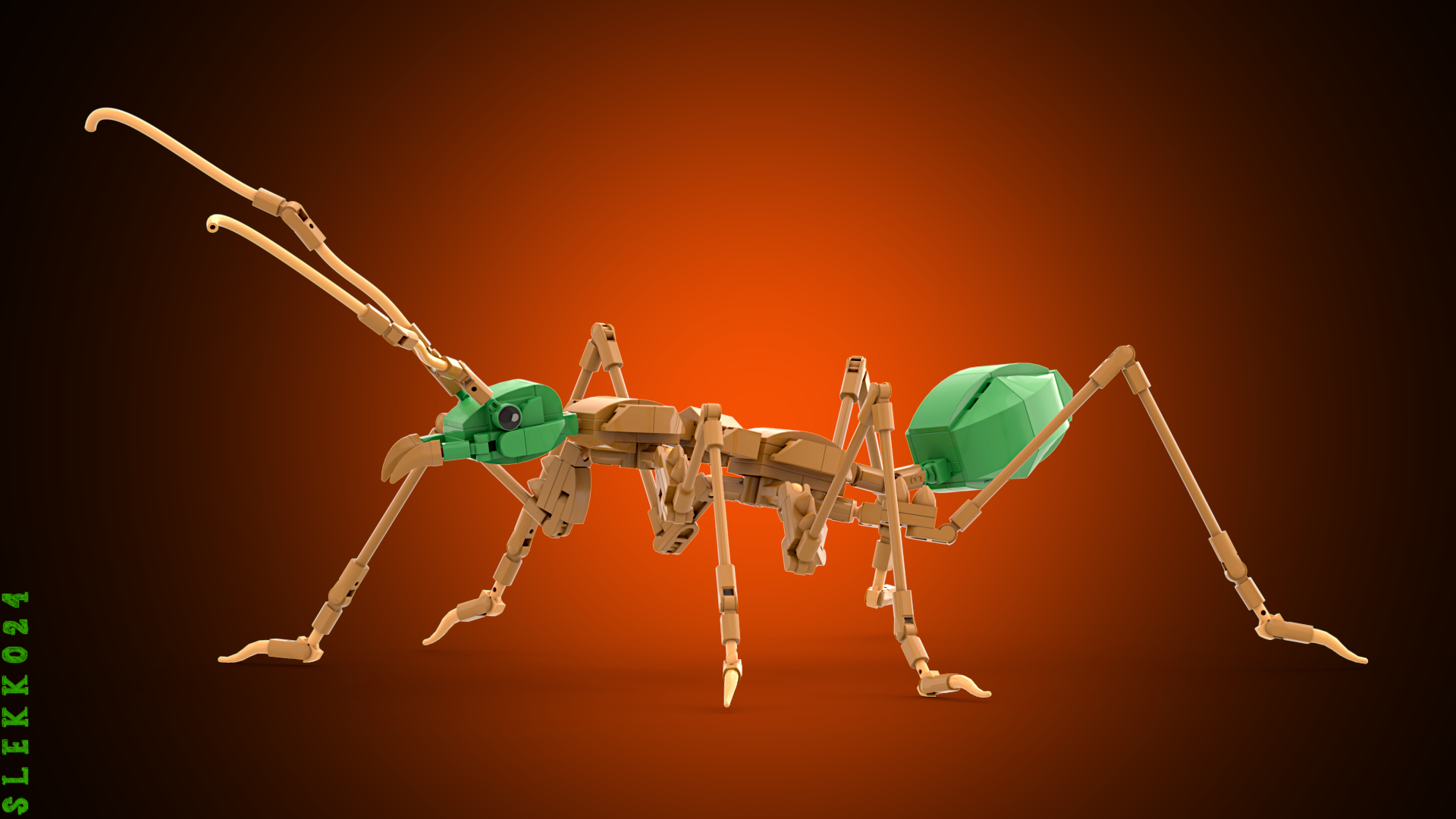 The Green ant is an arboreal ant. It is considered as a true architect, as its nests are of unequaled complexity.
In order to construct nests, the ants form a chain between one another to bring together the desired leaves.
Once the leaves are brought together, so called nurses come with the larvae. Thanks to the silk produced by the larvae, the leaves stick together. It is a real teamwork and everyone participates in it.
They live in temporary nests once the leaves are definitely dead and withered, and subsequently they search a new location. 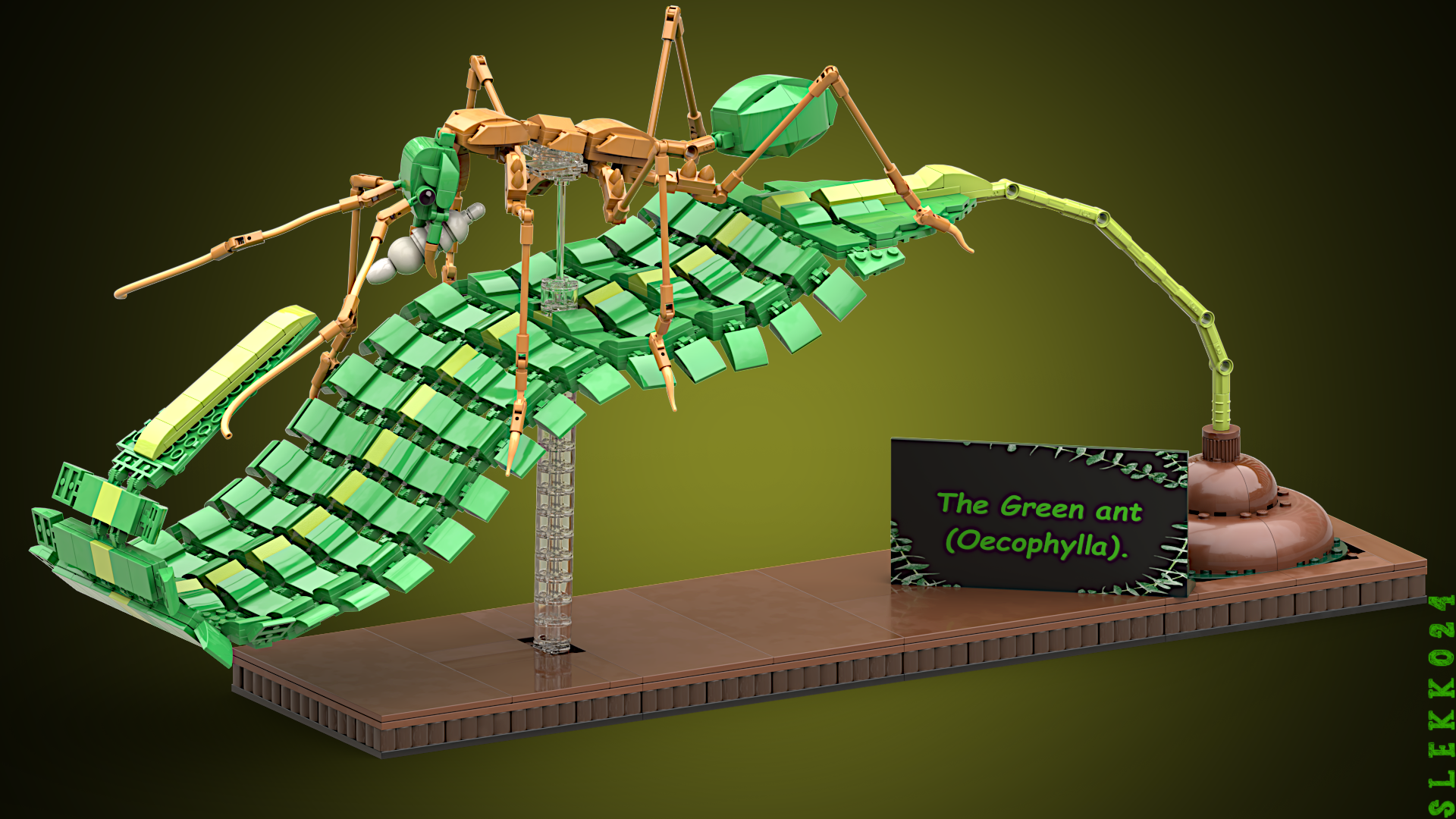 The introduction of ants being finished, let me now present my project to you.
I reproduced as realistically as possible these three ants: They have as many articulations as in real life - for guaranteed realism and an infinite number of possible positions.
I added a larva to accompany the green ant because in my opinion, one does not go without the other.
Furthermore, I added stickers to emphasize the eyes.
As you can see in the photos, each of them has an individual base which allows you to place them in your home as you wish.
This project has 3,000 pieces. 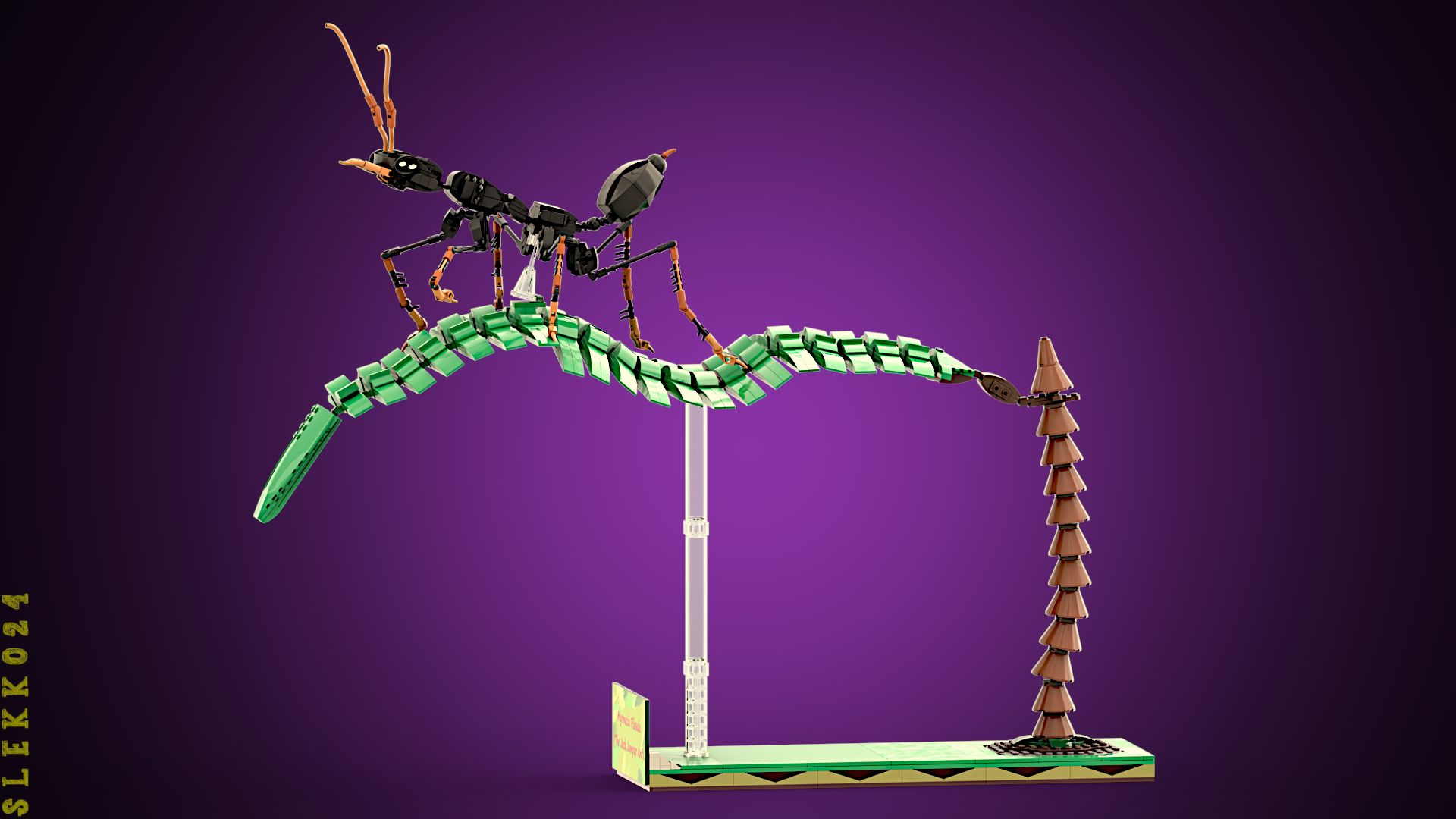 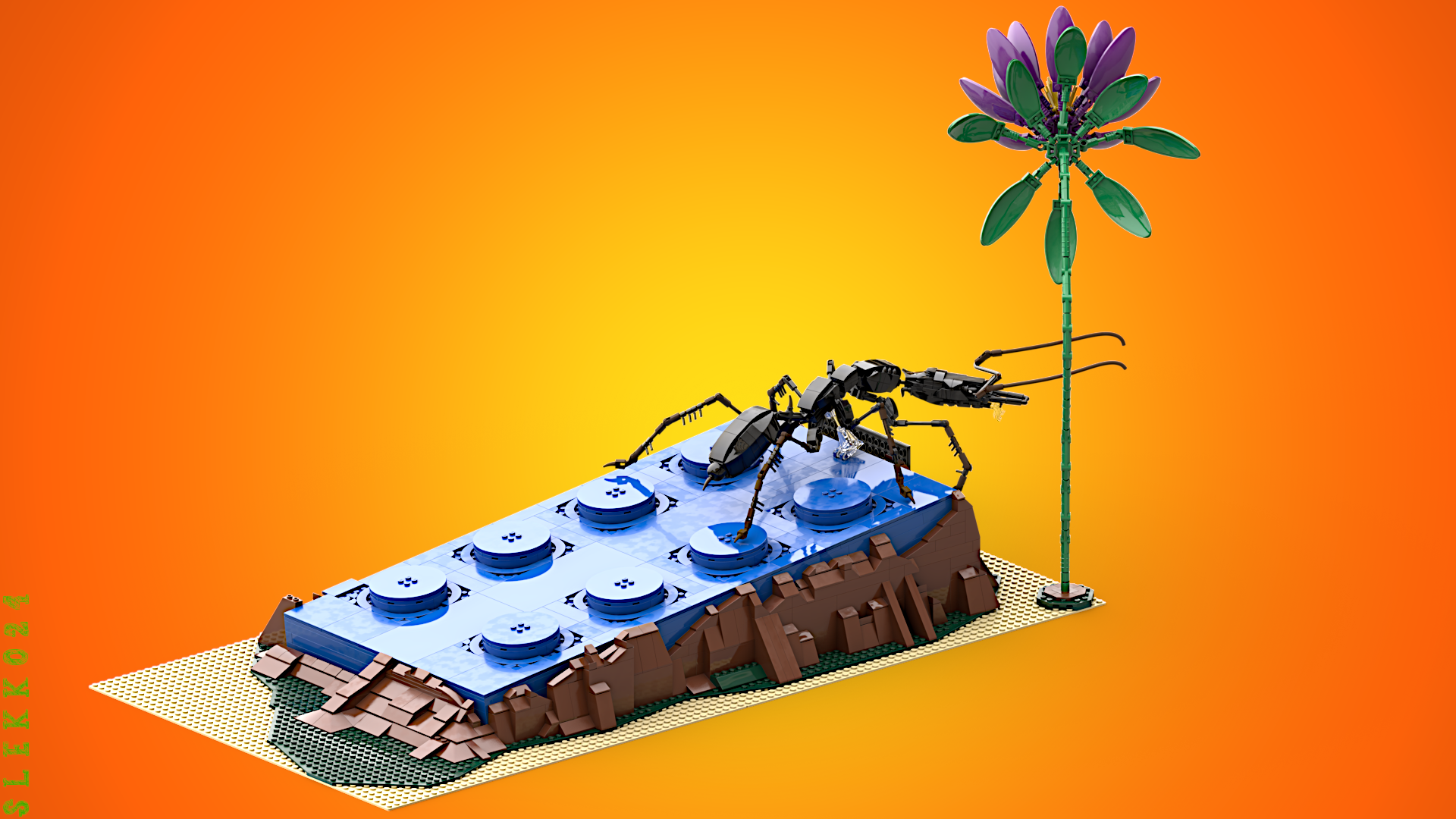 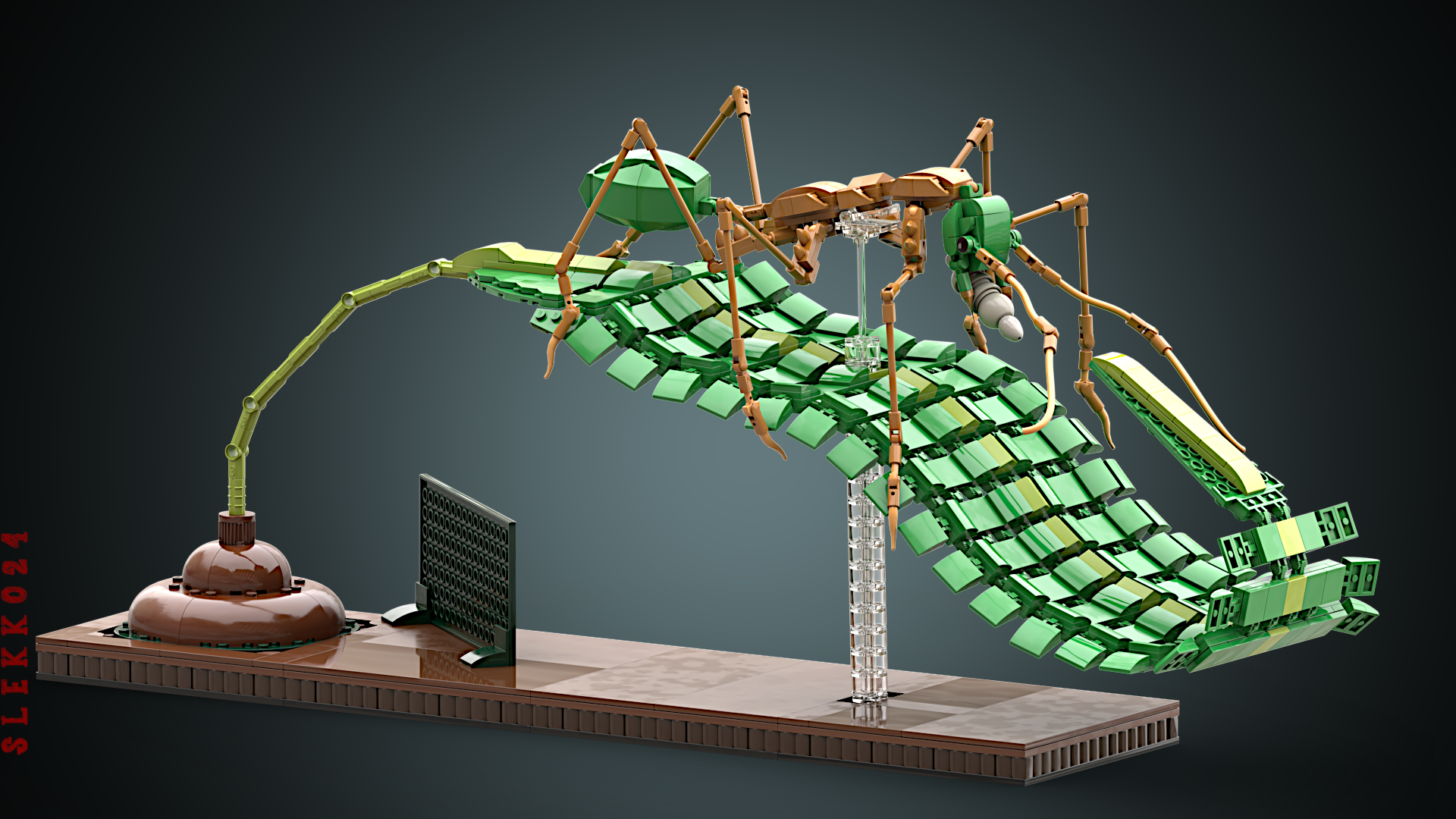