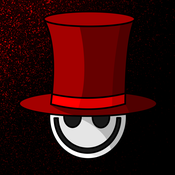 By Hat99
33 comments
Without a doubt one of the most iconic suits of armor ever made is the Yoroi, more commonly known as the Samurai Armor.
The usually highly and intricately decorated armor representing the status and allegiances of its owner looks awesome in both uses of the word even when it's only on display.
The suit in this build specifically is inspired by the type of armor used between the 11th and 16th century in Japan.
The samurai-minifigure included can also put on the armor (or at least parts of it) and has an alternate torso and legs to complete it.
Other than that, the build also includes two Naginata-polearms, two Katanas, two banners and a tea set with a table, all of which can be stored in the build itself.