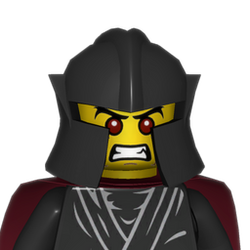 The Shade Beast is a boss in Freedom Planet. The battle takes place when Prince Dail tries to stop Sash Lilac from entering the Dreadnought.

The Shade Beast resembles an eyeless rust-brown and white monster head with lots of golden teeth and a fence for Prince Dail to hold onto. The head is balanced by columns of Beast Irises.

The Set contains the Shade Beast's head, 2 minifigures (Sash Lilac and Prince Dail) and 8 monster Irises. The Irises can interlock with each other and the Beast's head or leave the body to attack Lilac.