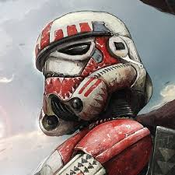 The Southern Pacific GS-4 recreates the "Daylight" that helped pull the 1975-76 American Freedom Train across the United States during the Bicentennial.

The trains frequently featured in Lego kits tend to be composites of generic engines, leaving room for the creation of important rail history such as the "Daylight". Further, steam trains are sadly underrepresented for many rail fans.

With the 250-year anniversary of the American Revolution approaching, and new rumors swirling among train enthusiasts of another Freedom Train in 2026, what better time to prepare than with this reproduction portrayed in Lego.