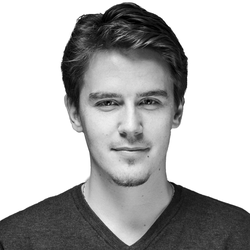 vidaandras
145
Scientists all around the world decided that in order to sustain a Mars Base Camp, and experiments on terraforming Mars, they needed a constant connection between Earth, Moon, And Mars.
This is how the Minerva Program was born.
A carrier, Minerva I, constructed in orbit of the Moon by the well established Moon Base, is destined to gather Home Capsules from any celestial body to any other, thus creating the new Silk Road, a path to transport resources and people.
64 Home Capsules can be transported in one go, enough to create a village on Mars. After the Moon Base training, this is how scientists, and later tourists can go from the Moon to Mars.
The story doesn't end here: After the success of the first base camp, and a proven way for terraforming, other Minerva ships will be constructed, and the Silk Road opens up for truly inhabiting Mars, making humanity a multi-planetary species. The vision of Minerva Program is realized, and it always will be a luxurious way to travel our Solar System.
145