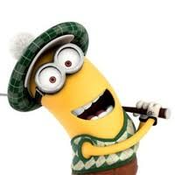 The original inspiration for the camper trailer was a Lego model of a Toyota FJ40 which is a vehicle I actually owned years ago and did a lot of camping with the family. Having gotten into Lego as an adult (when I was over 60!) I was inspired to design a camper trailer. I was pleased with how it looked but it was pretty basic and did not have much playability. I always intended to upgrade it. Five years on, I have done so and this new "ultimate" model is the result.
It is a fully funtional camper trailer and like a real one it packs away for travel but unpacks into a comfortable place to camp. I really worked hard on figuring out how to pack everything away so that you wonder where it all goes. In fact it is almost a solid block of Lego when packed.
It brings back a lot of memories of when my kids were young and really developed a lifelong love of the outdoors through the camping we did.
There seem to be very few camper trailers in the Lego world but lots of 4WD vehicles which could tow one. So this model might help to balance things out. It has great playability around a whole camping theme which is also not very prominent in Lego.
It is over 1300 parts and designed to avoid rare parts. It is a great build and I am excited to be able to make it a reality.
The major features include:
Other features include:
I hope you like the model and would really appreciate your support to help bolster this gap in the Lego line up. It would be terrific if this started a whole Lego camping/outdoors theme which lends itself to playability.