lizardman
7
The Viper is a lightning quick aerial vehicle designed for quick and deadly strikes against enemies before disappearing and preparing for another assault. These aircrafts are renowned for their absolutely stunning speed being able to come in for a strike one minute and being gone the next. This makes for a very effective assault vehicle since it's near impossible to know when one is coming. It achieves these high speeds because of the two giant rotors on the each side of the vehicle. Its arsenal consists of two cannons attached to both sides and a powerful bomb equipped on the bottom for quick hit and run strikes. Its rotors are surrounded by a protective wheel covered in barbs to protect it's method of flight. It will use these barbs to hit other aircrafts or cut through debris that would hit the rotors otherwise. The rotors are the weak point of the aircraft as just one being damaged slightly can cause the whole vehicle to be unable to maintain balance and crash. For this reason, the Viper can never stay in heated combat situations for long and is only used for the quick strikes it is feared and renowned for. 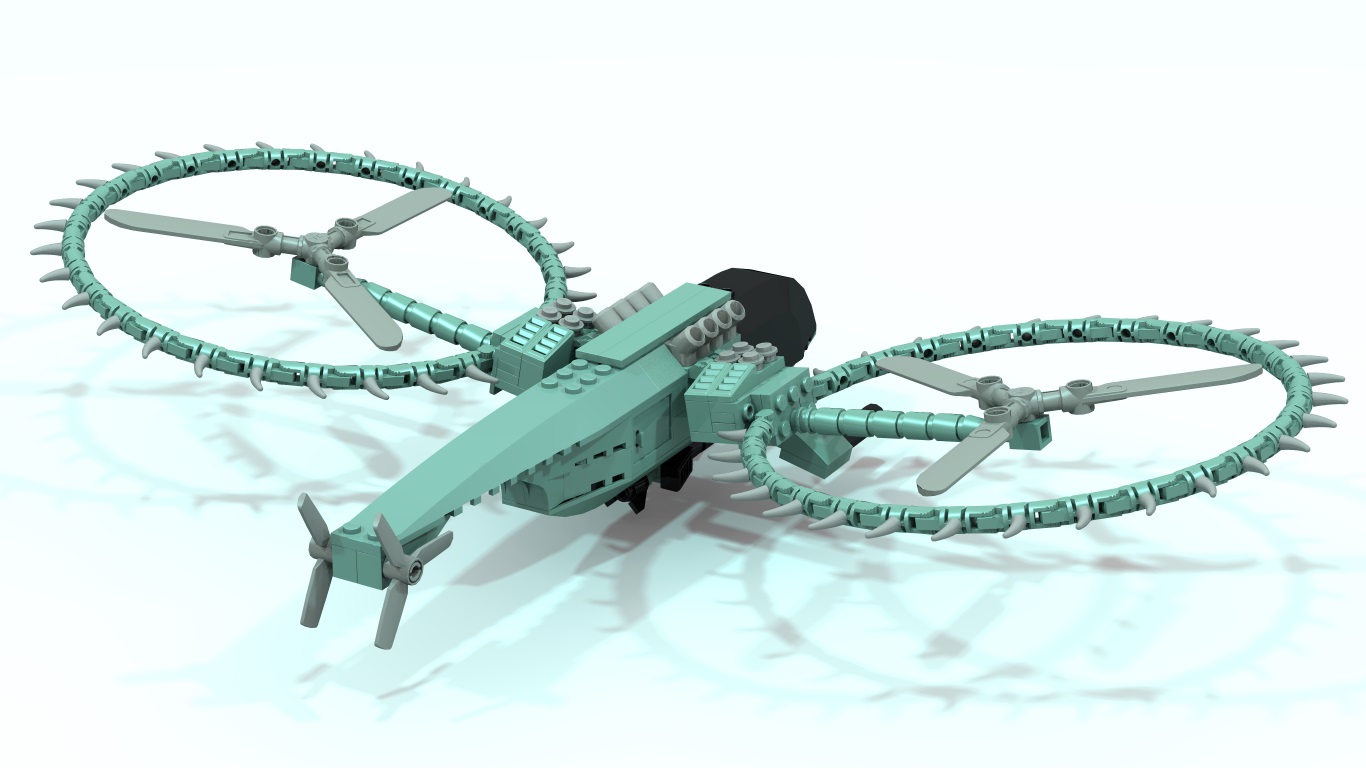 Hear is a glimpse od the Viper from the back. 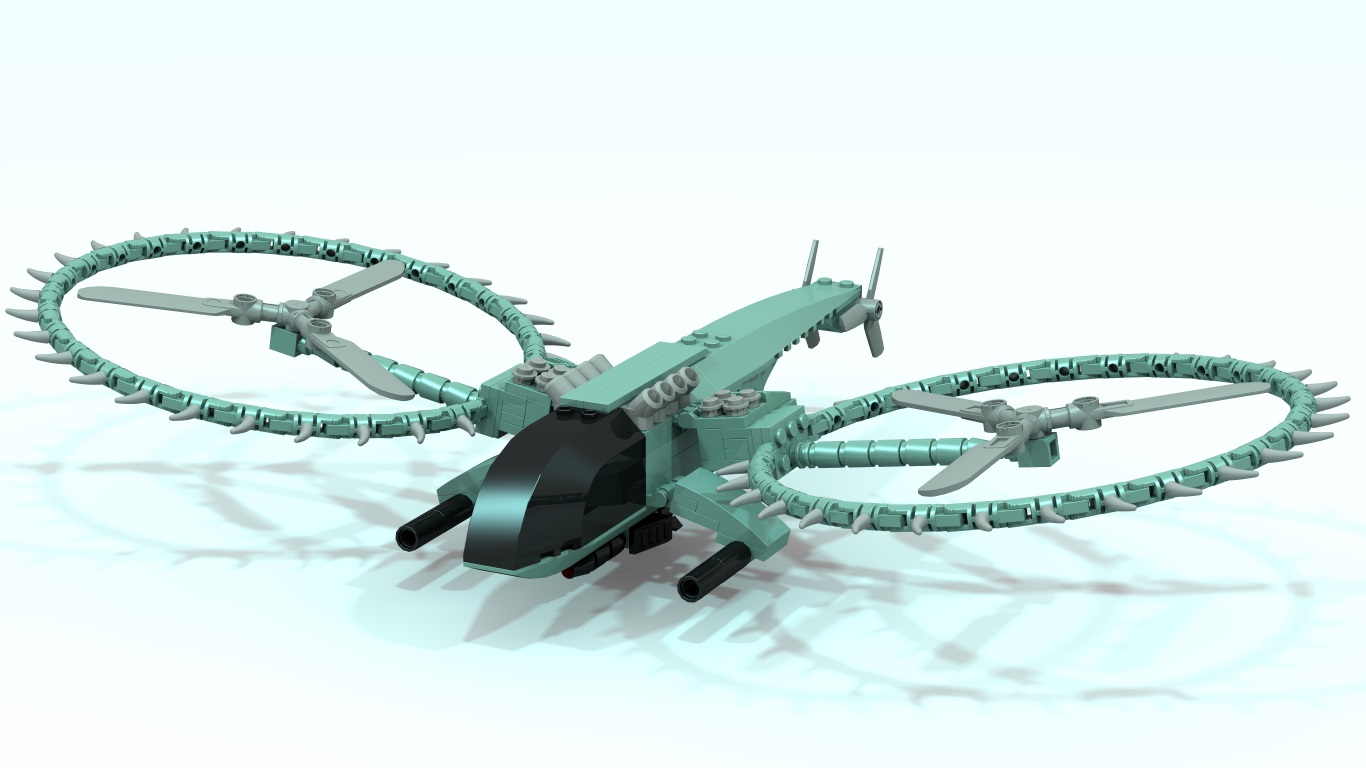 This is a front view of the vehicle. It sports two giant cannons that are its most reliable and deadly weapon. They fire ammo that sticks and then explodes making it effective at quickly taking out other vehicles. It also carries a single bomb that is attached to the bottom and is very powerful. 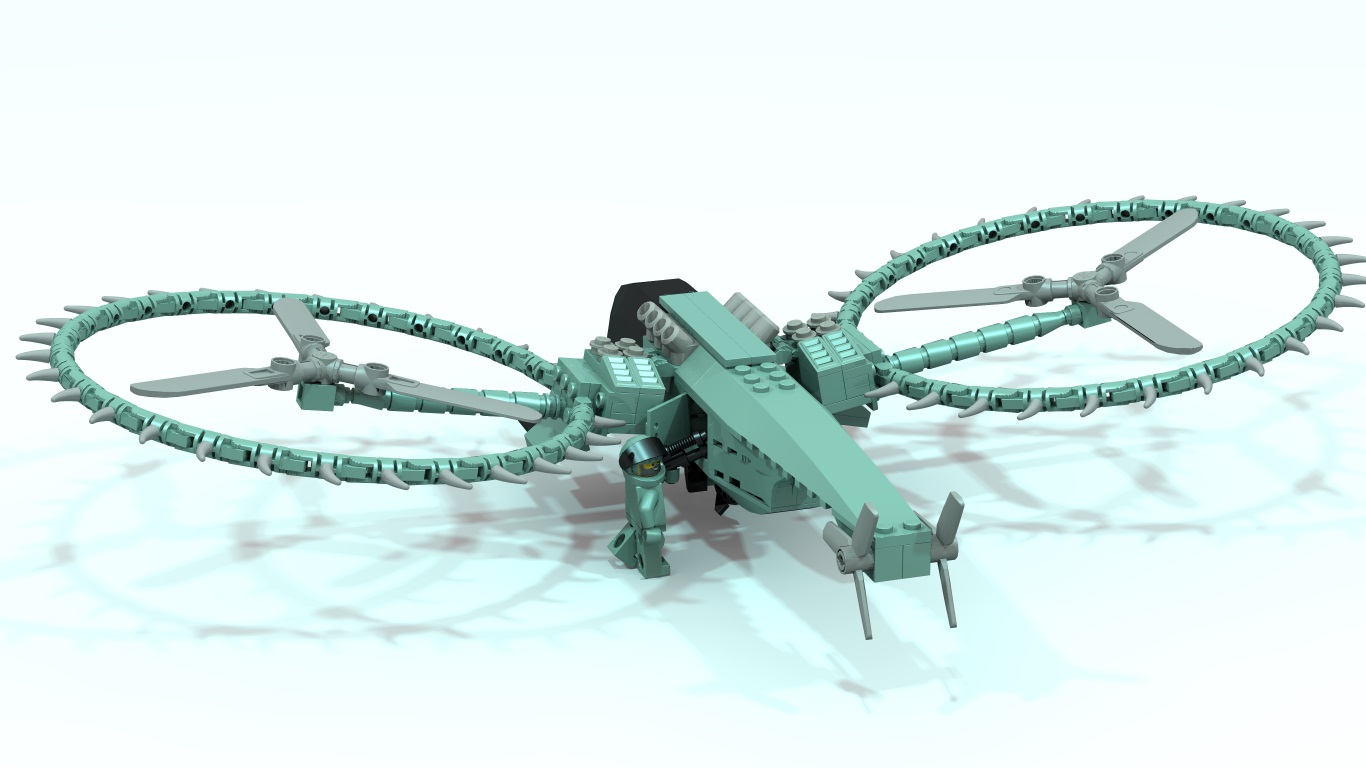 The back of the vehicle features compartments on both sides where the pilot can store supplies for emergency situations. 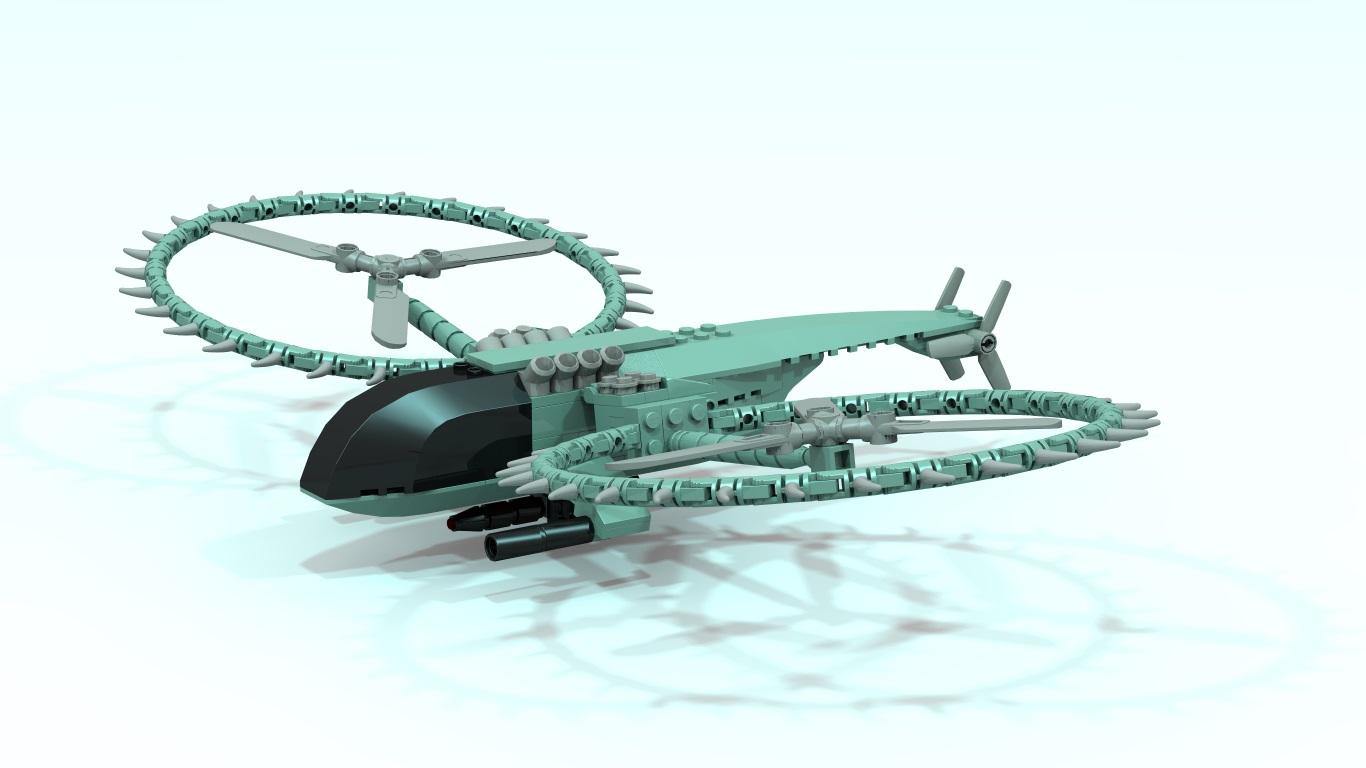 Thanks for viewing the project! Feedback and support is greatly appreciated.