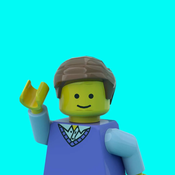 By BorneanBeardedPig
51 comments
Take on me... Take on supporting this idea! Any and all support and feedback for this idea is highly appreciated, and I wish for there to be support and feedback for your ideas too! :- )
Introduction
Take On Me is a pop song by the Norwegian band A-ha (stylized a-ha). It is well known for having a very revolutionary music video for its time, largely set in a comic book. The music video was so revolutionary that at the 1986 MTV Video Music Awards, it won six awards and was nominated for two other awards.
Motivation To Build
I'm a fan of both LEGO and 80s pop music, including Take On Me by a-ha of course. So I was motivated to create a LEGO set out of the fantastical setting of the music video of Take On Me. The music video is inspiring and creatively combines two art forms, comic books and music, into one meaningful, impactful video, a great piece of media to attempt to create a LEGO set out of!
Set Description
Recreate iconic scenes from a-ha's Take On Me music video with this set! It has two set-pieces. One set-piece recreates the comic book panel where the two protagonists of the music video look at each other from two different sides of reality, a comic book perspective and a real-life perspective. The other set-piece recreates the narrow hallway where the two protagonists run away from the antagonist of the music video, a race-car driver that envies the male protagonist's win in the race-car race they were both in. You can connect the two set-pieces with 5 included Technic pins if you want to. The set has 247 parts in total, and it includes 3 unique minifigures. One minifigure represents the female protagonist of the music video that actress Bunty Bailey plays. Another minifigure represents the male protagonist of the music video played by one of a-ha's three band members, Morten Harket. The last minifigure represents the antagonist of the music video, and he comes with a wrench accessory. In case you were wondering, I created this set in Bricklink Studio 2.0.
If you read this whole description, thank you! I'm glad that you were fascinated enough by the idea to dedicate your time to read this entire description about it! If you liked the idea and/or were still fascinated by it after reading this description, I'd be very happy if you chose to support and give feedback on it! :- )