The Largest Jet Engine in the World 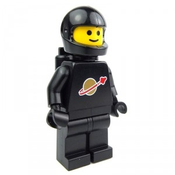 This is a lego version of the ge9x. The ge9x is the largest jet engine in the world. It is supposed to power a plane called the boeing 77x. It was made by the company Lg and this is a scene of it being tested.

Sadly there aren't any good minifigures in lego figital designer, so it would come with some lab testers if it became a real lego set. Please give me suggestions on what to add because I really need it. There were a few problems like hanging the jet engine from the observation point, and it also feels to white, so please give me suggestions because the're very appreciated.

I really tried hard on this and I know it's not the best lego set ever, which is why I'm asking for support from you to make this an awesome lego set! If any of the people who got their set made into a official lego set see this. Know that you are a very talented builder and have a gift. Thank you!