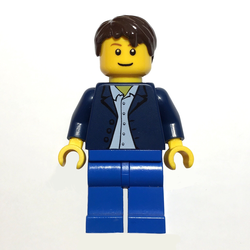 Only two cars were built, the first was dismantled by FIAT after the First World War, the other was purchased by Russian aristocrat Boris Soukhanov and eventually made its way to Australia. In 2003, enthusiast engineer Duncan Pittaway brought the chassis to the UK and reunited it with the original engine from the dismantled car. The project took more than 10 years to complete. Now it takes part in various events, such as the Goodwood Festival of Speed.

My LEGO version of the outstanding car is built in the Speed Champions scale. It has all the features of the original car, namely chain drives, gear stick and rectangular exhaust pipes.

Thank you for the support!