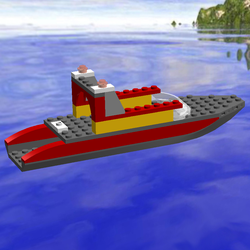 My son is absolutly in love with big ships and sea liners. He likes lego also. So we created many other ships, boats etc together. RMS Carpathia is a huge project, we'd like to build her irl. Now she exist only by Lego Designer. Thanks for this program, guys =)