The Imperial Probe Droid aka Probot 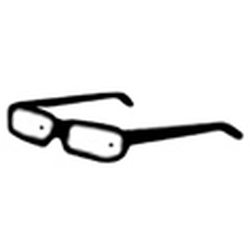 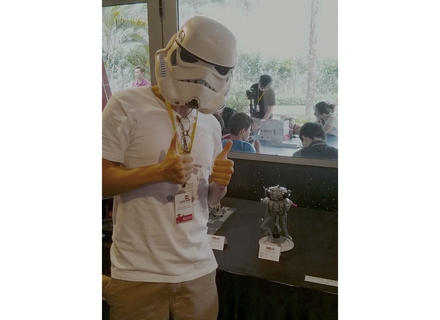 as a Star Wars and Lego fan, I had to do this.

#update : the pew pew one 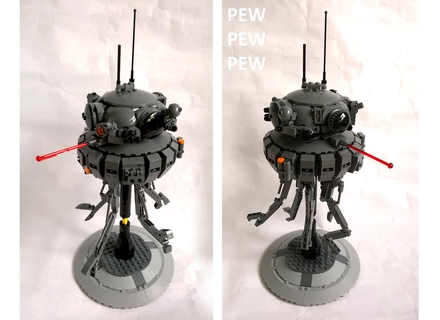 The movie version has a turret gun, that has a very sharp barrel. A wedge piece would have been a good representation.

But that detail would not allow me to attach a firing laser shot, and what fun is a probe droid without a laser shooting out of its gun =)

Update # I spy with my little eye 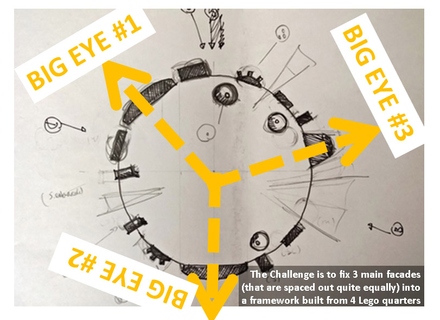 I have shared general photos of how the head looks like. This update is a zoom into each different frontage of the head.

The challenge posed is the need to create 3 distinct "frontages/ faces", which is what the droid has in the movie. A technique had to be implemented to make a 4 cornered frame accomodate a triangular arrangement. With that, I could create 3 different faces, anchored by a big eye each. The following shows each "Big Eye" frontage, and the attempts to mirror each detail. 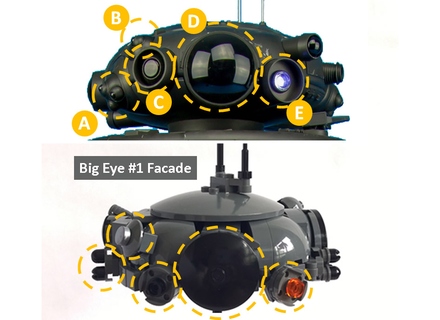 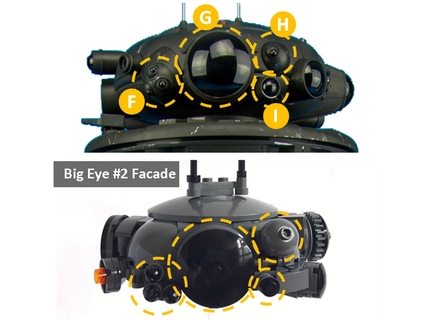 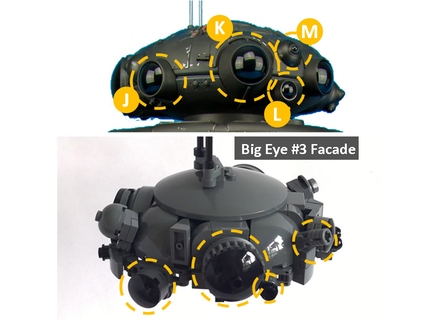 a trooper in the picture 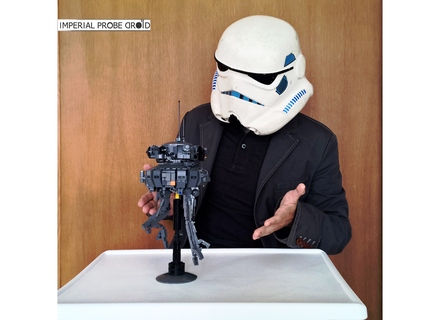 next up.. pew pew

A droid of some kind. I didn't hit it that hard

this is how it all started

for info, project took 2 months, everyday after office hours,about an average of 2 hours each night

during prototype stage, i love working with le50 shades of grey. everything just looks gorgeous

judge me not... but support this ProbeJect you can....you must 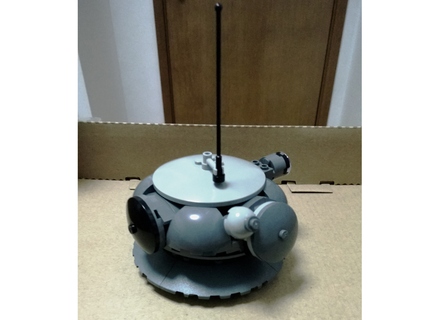 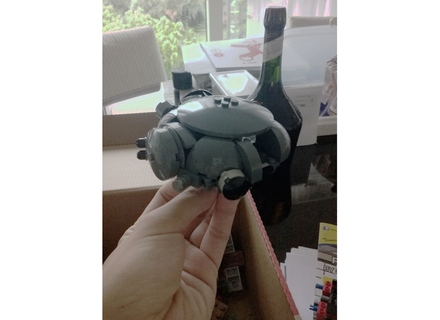 The Empire Needs Your Support! 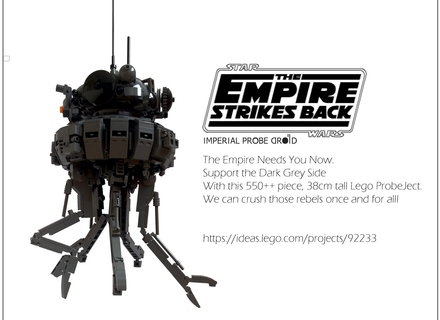 barely noticeable, but legs' lengths have been tweaked to have better proportions

i have eyes for you 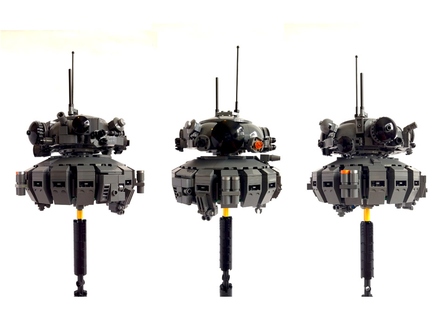 you are just too goog to be true

i can't take my eyes off of you 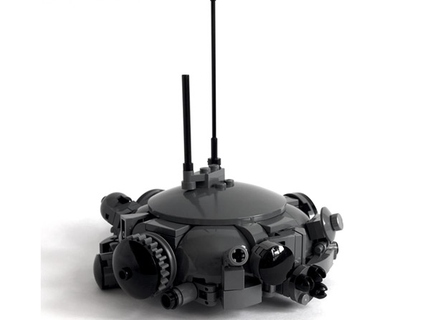 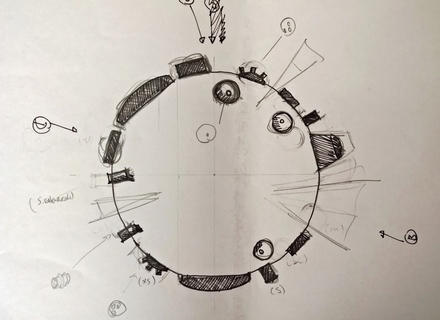 This part of the project gave me a headache, I think I sprained my brain. The hamburger shaped top had too many considerations, I needed a strategy to guide the design. 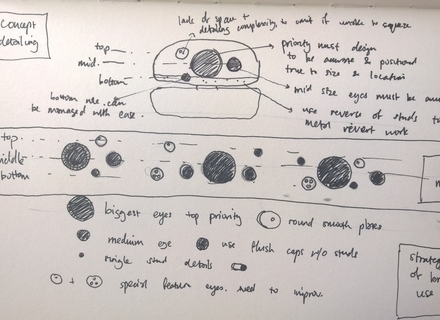 Rule #1) The eyes/ snouts are actually found on 3 levels across the head - top, middle and bottom. This was the first ordering method I established to assign hierarchy of importance of the details. The middle row clearly carries the biggest eyes and thus is accorded top priority and extra attention is paid to ensure the details are spot on. The bottom row carries special looking snouts and also enjoys the luxury of more space for connections to be made, hence all details are accurately replicated here. The top row however suffers, from connection difficulty, and I had to exercise selection and discretion to omit 2 particular details. 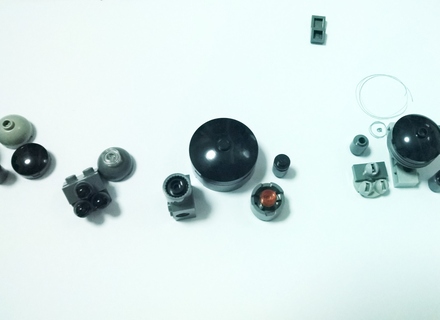 Rule #2) Hierachy and design of eye details. Thank goodness, for the scale I am working at allows me to utilise 3 readily availabe sizes which equate to s, m, l that allows me to create differentiation between the different eyes. Some attention was also needed to try to mirror the actual shape and profile of each eye.

An earlier update showed concept studies of body details. These have been developed to a stage where I am contented.. Below shows comparisons between the Sideshow 6th Scale model and the Lego Version. 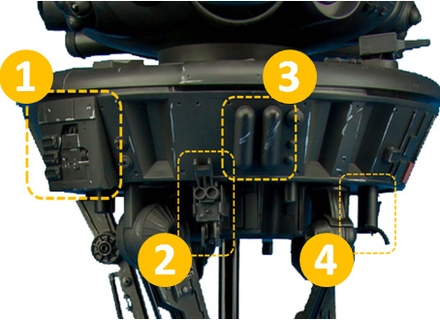 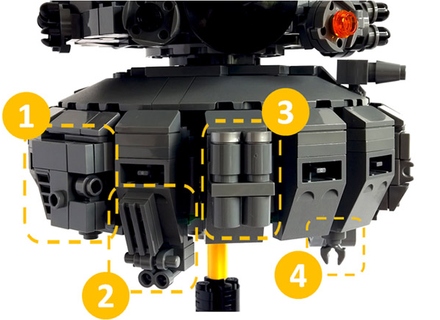 I had an earlier issue of too many typical sloping wall piece construction which made the model look too predictable. To get around that, I introduced more panels (1&6), which broke the monotony of the curved body up and it also allowed me to introduce the screen details. 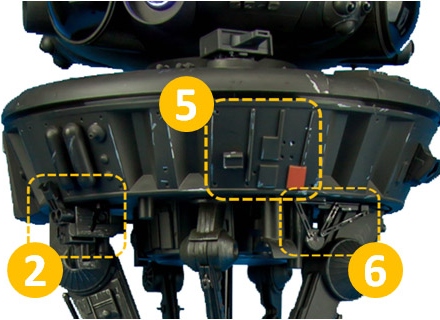 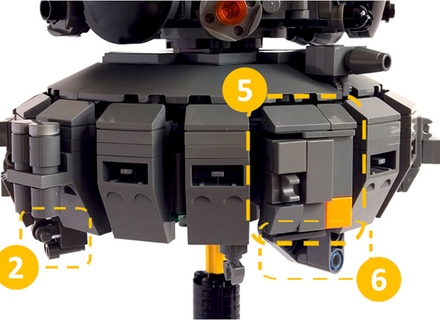