By KingJosiahII
39 comments
The Swamp Temple has a waterfall, and an axe trap. The golden gate, which blocks the entrance to the temple comes down when you push up on the snake-head.
There is a golden idol at the top of the temple, and there is three levels in the inside of the temple.

Four skeletons are in, and around the Swamp Temple. the project comes with eight mini-figures. It also comes with a monkey visible in the main photo by the golden gate, and a green snake.

The temple is built upon a 32x32 blue base plate. The roof of the temple is removable to increase playability. There is a second golden idol which is located upon the rocky overhang of the waterfall, it is slightly smaller.

If you want this made into a LEGO set, then please press the support button. If you do not already have an account on LEGO CUUSOO, then it will ask you to sign up. This process is very simple and easy! It will take at most 2-3 minutes. If you could do that, then it will give this project a far better chance of success. What's even better though, is that you do not get spam emails. Please post on Facebook and Twitter about this project.
Support this project!
https://ideas.lego.com/projects/62284 The Sound of Music! 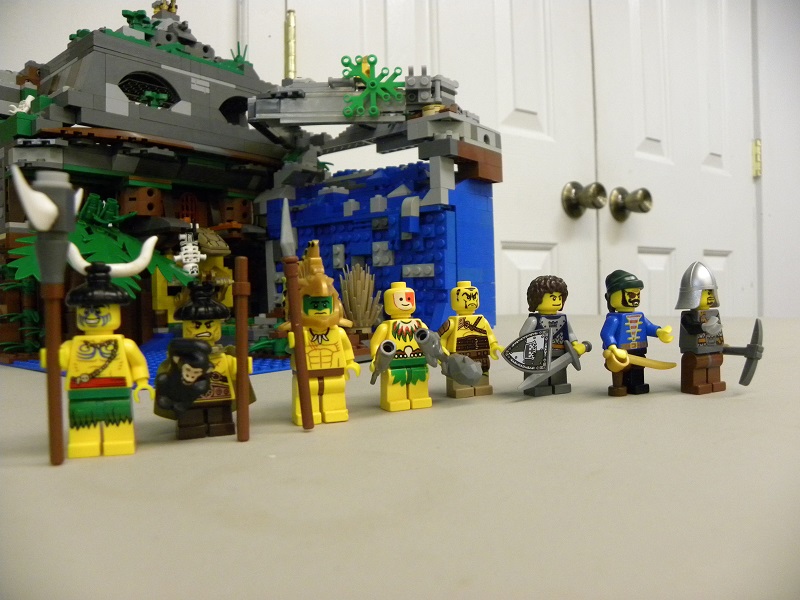 The project comes with eight mini-figures. These here are the natives who are protecting the idol, and the kings men and their guide, the guide is the one holding the monkey.

There is a miner, a pirate, a knight, a native with a club, a fisherman, a pretty cool guide, and a couple fierce native warriors. :) 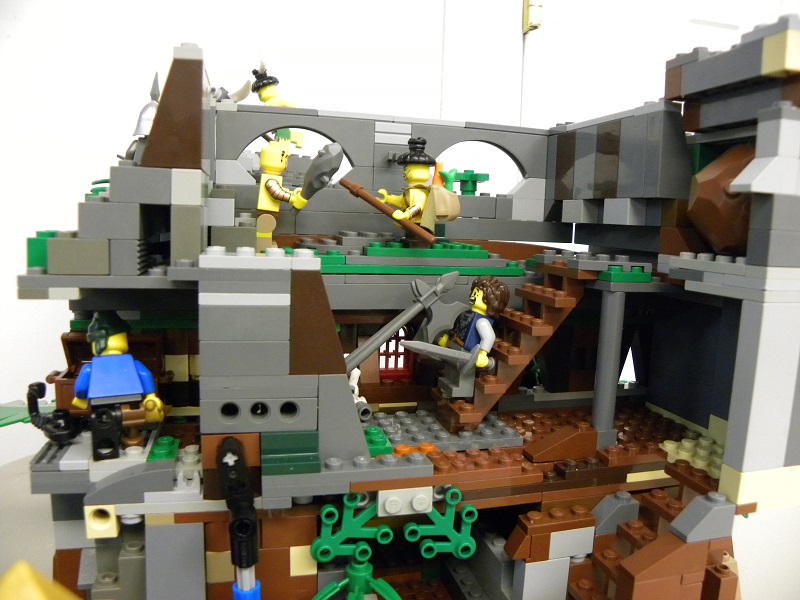 This shows the axe trap falling upon the knight, who has a double face. The pirate has stumbled upon some treasure, and the guide is fighting the native with the club, the boulder hasn't been triggered... yet. :) 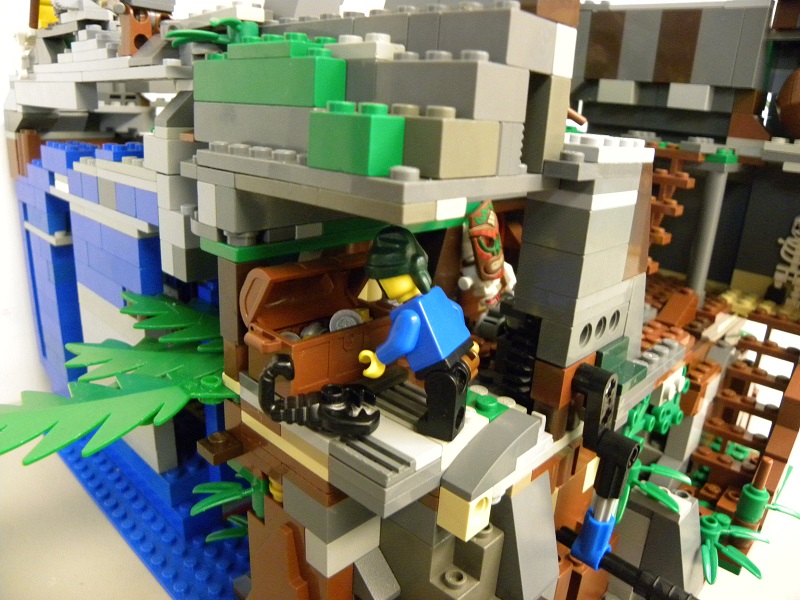 This is a close up shot of the pirate finding the silver and gold! Greedy as ever, he doesn't notice the scorpion by him. 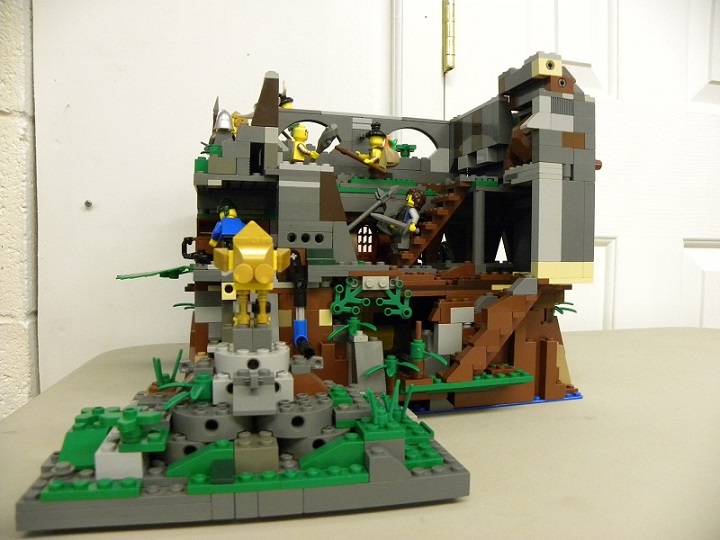 And this is the inside of the temple. The removable roof is visible, and so is the boulder trap, you push the axial, and then the boulder comes tumbling down the stairs!

Right now I'm working on improving the temple. The roof is now removable, and there is another trap, the side treasure is the new addition, the pirate has found a wooden chest full of treasure!