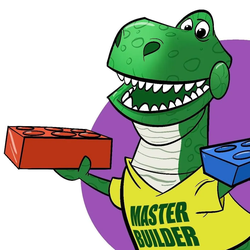 In the 1980s, two themes were popular. Pirates, and Space! What do they have in common? Ships. I built this space pirate ship, because it was new, and I was excited by the idea of merging two beloved ideas into one. Why does the ship have a sail, when there is no air in space? To power the engines. The 'sail' is actually a solar cell that power the ship, and the laser cannons.  This ship can even float on water planets, after storing the detachable wheels in the cargo hold. Comes with 5 crewmembers, including the one legged captain. Also includes swords and jetpacks.