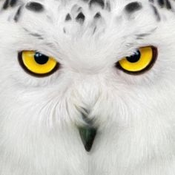 By OwlLover4308
15 comments
Salutations lego fans I am back after a long break. This new idea is based around my other mythical animal that i did and I wanted to build a new one. This mythical animal will protect its baby from anyone and anything. It will stand on two legs and it will rase its wings and when you see its teeth it's all over. Don't be fooled it may look nice but it isn't. This build is able to stand on two legs it's wings can go up and down it has feet which can move in any direction. The head moves as well the neck also moves in any direction. The baby can also move its legs but they have limited movement the wings movie up and down and the tail does the same. The head does not move. There are a few different pieces that helps bring these two to life. The wings and eyes help the most.