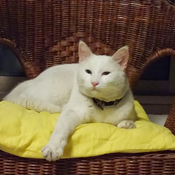 The Bataclan is a theatre located at 50 Boulevard Voltairein the 11th arrondissement of Paris, France. Designed in 1864 by the architect Charles Duval, its name refers to Ba-ta-clan, an operetta by Jacques Offenbach. Since the early 1970s, it has been a "legendary" venue for rock music. On 13 November 2015, 90 people were killed in a coordinated terrorist attack in the theatre.

This landmark building is composed of four floors, the first floor serves as the entrance to the theater and host a Cafe and shops. This floor can be architected using fairly simple Lego bricks as found in the Lego architecture set, albeit without colors.

The impressively decorated 2nd floor displays decorations which are difficult to mimic using Lego bricks. I choose to use the Blue color over the Green color to provide the decoration effect since more delicate pieces are available for use in Blue. Note the Red covers on the Yellow pillars, a pattern I used to mimic Bataclan's Red on Yellow 2nd floor pillars.

The main feature of the 3rd and 4th floors are the decorated Windows. I did my best to mimic those using the available Windows provided by Lego to various degree of success.

Also note the rounded windows on the side of the model.

I estimate that building such a model would be quite complex. Perhaps suitable for Lego hobbyists aged 13+ and as a result such model should be quite expensive.

Most of the required pieces can be found in a model such as the Lego architecture albeit only in White.