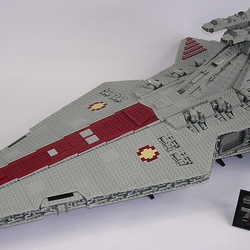 Due to the Lego City space franchise that came back last year in 2015,  I had come up with this nice little telecommunications satellite, complete with solar panels, a sleek body, and the antennae. Only needing about 25 pieces, this little model could be useful for future space sets that need satellites, unlike the old small 13 brick satellite that came with the three-chamber rocket set 3368. Overall, not meant as an individual set, more or less an addition onto an upcoming one. I decided to build this after receiving the original satellite back in the rocket series, and I've used it ever since.