Batman The Batmech vs The Bane battlemech 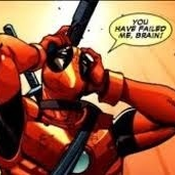 The bat mech includes batman in his tech suit with blue eyes.The bat mech has articulation in the head, the shoulders, the elbows, the fingers, the legs and the at the ankles.

The hands have spring-loaded missiles in the hands and stickers on the lower arms and legs.The bat symbol is on the chest. The cockpit (chest) opens up for batman to sit inside. Batman also has his grappling gun.

Bane is also included. He has his battle jet pack with flick fire missiles,detachable missiles and adjustable handle bars.

Please note that this a first of a mech battle series.