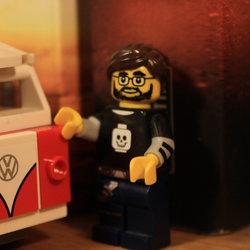 A 100 years in the future human society is slowly rebuilding what once made them great - before the great catastrophe.

With the newly discovered repulsor engine technology earth's peace keeping forces can work with highly sophisticated products such as the POTACS - the Police Orbital Transport And Combat Ship. It features several opening hatches, a huge engine section in the back, a fleshed out cockpit, 4 powerful non-lethal riot-guns at the front and at the wing tips and two decks - one for troops transport, cargo and operating, one for detention