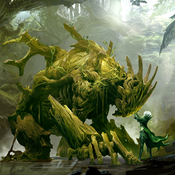 By MattTheOsome
4 comments
This ship is the result of choosing a colour scheme before choosing the design layout. Still, I was very happy with the way it turned out. It features two separate cabs: one forward pilot, and one gunner and fleet command. It also features a large weapons array, one of the most extensive I've outfitted a ship with. The twin turbo lasers mounted on the upper level of the rear section can rotate 90 degrees.

The set is a bit of a shout-out to the old Space explorers sets, specifically the Ice Planet series from 2002. Upon more recent review I realize it bears an uncanny resemblance to set 6973 (which happens to be the only set I had from that series.) Although, the military grade weaponry I installed make it somewhat reminiscent of the Space Police sets as well. 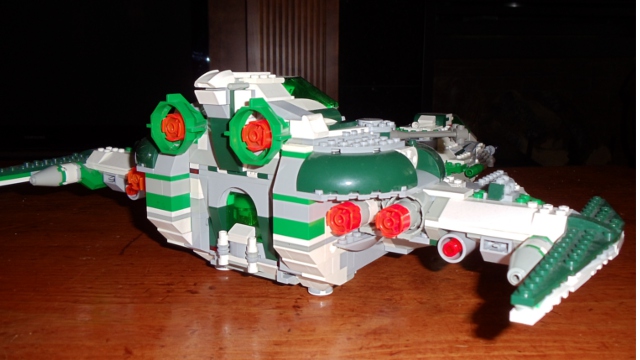 This rear view shows the engines and cargo bay window. The cargo bay can be disengaged entirely, exposing the loading trolley, as shown below. 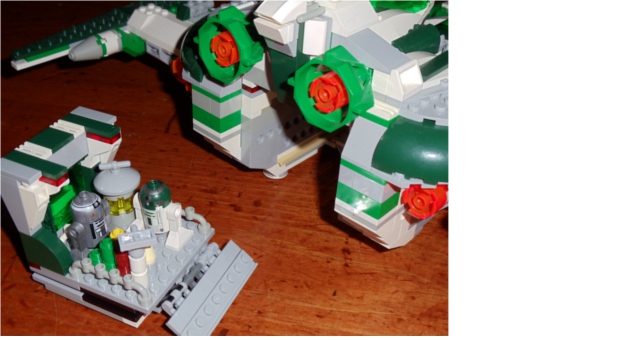 I pre-loaded some cargo for effect. My guess is if the ship ever goes to publishing, it won't include astromech droids. The ramp folds up before re-inserting the cargo bay into the rear of the ship. It also uses a guided rail system to ensure a snug fit. 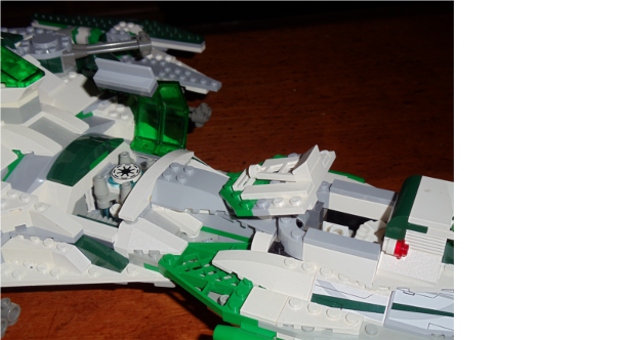 This shot shows the accessory compartment behind the pilot's cab. It stores two backpacks, two air tanks, a radio, and a flashlight (all for emergency situations.)

The reactor core is also shown exposed here. It can also be removed from its housing to be examined and "repaired" (as shown below.) 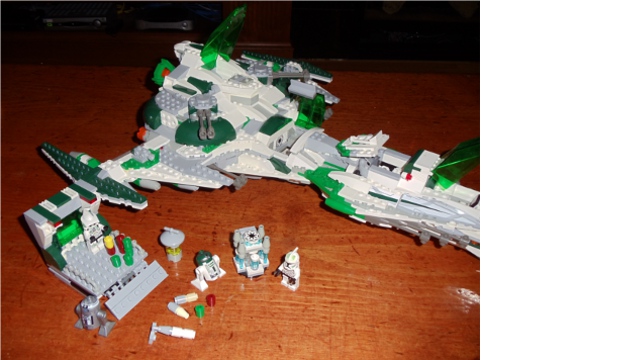 This shot shows all the components of the set arrayed outside the ship. I used Clone troopers as "test pilots" just to ensure there was adequate room in each of the cabs.