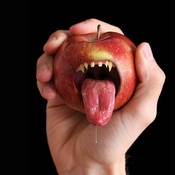 By jisawesome
0 comments
The idea is to have remote control Lego cars (or maybe a video game. I am also considering motorcycles and for sky battles helicopters and jets.) with 1 heavy and 1 medium and 2 light. If they go with the remote controlled cars the weapons would fire beams of light (like laser tag) and if they his one of the receivers placed on the front sides and backs then depending on what weapon was fired a certain number of Lego's would fall of the area near there. The heavy weapons would be missile launchers, plasma cannon, energy drainer. medium would be heavy machine gun, grenade launcher, sniper, mini missile. light would be machine gun, taser, rifle. there would be more these are examples. there would be weapon classifications like heavy damage (missile launcher, sniper, rifle) fast (plasma cannon, heavy and light machine guns) and temporary effector (grenade launcher would lower control, taser would cause a stun, and energy drain would cause slow). This would all apply in a video game to.
they would also be customizable building off the base which would be all the sensors, wires, computer, and battery. The truck is Big Mac. It has two light machine guns, a mini missile, and a plasma cannon. The Skull Mobile a gift from below, is the main picture. It has a rifle, heavy machine gun and an energy drainer (the skull). I am working on the chomper.
I have been thinking the controller would be sort of like an Xbox controller in shape and placement of the buttons, triggers, and other pieces but with a small screen in the middle that would show a view from a selected weapon. It would be a touch screen and you would be able to aim using it. You could change the weapon that is displayed and controlled. This would not be for use in the middle of combat but more for sneak attacks. Also special minifigure leg pieces that have a special place to attach to the driver seat. When the car took enough damage the figure would be launched out of the car and the car would stop. This would signify a lose. You could also before the battle choose to save the stats from the upcoming battle (you would not be able to change during or after the battle). It would record during the battle: distance traveled, win/lose, shots fired, accuracy, damage given and received, where you where hit, where you hit opponents, who you where battling and more. You would then, using a USB connection, connect it to the computer where you would upload it to your online profile. If you wanted to delete information without uploading it you would have to delete all the recorded data on the computer. I was thinking you could buy arena pieces such as garages and other building as well as roads to create an arena. The buildings would have pieces that you could cause to fall by ether shooting them or driving into them. Like the cars these would be customizable. Another vehicle type I am working on are motorcycles. These would be faster, turn better, and be harder to hit, but would carry less weapons and have less health. I am also considering dog fight vehicles. They would carry mostly light weapons and heavy weapons. They could fight against all the other vehicles but would probably mostly be used against other air born creations. Please comment.

If you have any ideas please feel free to make them following the rules which are
1) They must have a heavy a medium and two light weapons.
2) They must be Lego appropriate.
3) They must be original.
You can make up your own weapons just tell me what they are. Images must be yours. You will be given credit for your model. If you want to send an image comment here with your e-mail and I will message you. Or provide a link to a website with your image on it. Please check out and support some projects that if were excepted would make the product tons better these are: Power Functions Programable sound brick https://ideas.lego.com/projects/9070 and Micro Power Function (XS-motor, battery, valve, ...) https://ideas.lego.com/projects/576.