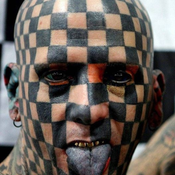 "You can have your new Ford Model T in any color - as long as it is black!" - Henry Ford

This my first project on the page and I hope you'll like it.
This iconic car was made from 1908 to 1927 and this model is the fifth and last generation of its kind.

The model T is the worlds first mass produced car and was made in over 10 mill. copies and revolutionized the whole industry - even the production of LEGO is made from the same ground principle.

The engine is a massive 2,9, but despite its size it only produced 20 hp with a two-speed transmission. The top speed for this model was aprox. 65-70 km/h.
As you can see in the pictures, I tried to make this big engine and at the same time trying to convey that this is one of the first combustion engine ever made.
The hood of the car gave me problems. Originally the hood opens in the middle pops of the side. Due to space issues I had to make it open on the left side instead of in the middle - well the pictures kinda tells it better.

Some more info of this LEGO model:
If you haven't already noticed, the model is made with LDD and then rendered with POV-Ray.
This model is made with just about 400 bricks and is mainly black. I used a couple of grey bricks, mostly because i used a flat tile corner (1x2x2), that LDD didn't have i black (Sorry mr. Ford). And the grey stripe in the roof was just because I felt like it. :)
The same grey color was used for the suspension and the seat. The third color I've used is a nice bright orange. This color was not a part of the original color scheme back in the 1920's but I just like the color.

I've used the same orange between the rear wheels and as a kinda foot grate, mostly just to add a bit of color.
The wheels are a bit off. The original Ford Model T used wheels based on a carriage but early on they put rubber on the wheels, and I just couldn't find a fitting alternative i LDD and I'm still a novice here, so no "home made" bricks yet - maybe en future projects!

I hope you find this project worth your support and I'm looking forward to your comments! :)

For the rendering I used:

An finally a thanks to Henry Ford for this fantastic car!