Just to say thanks to everyone who had supported, you sometimes hear the term 'flatline' used with projects and this certanly fits the bill, 120 supporters in the first month the odd few for the other eleven. Unfortunately I think projects sometimes just get lost in the 5000 plus projects on ideas.

I have redesigned the Cabin to allow up to eight minifigures to be seated in it. The original design was not very minifigure friendly. The seat layout takes into account the cabin roof structure. Passengers can now be seated securely. 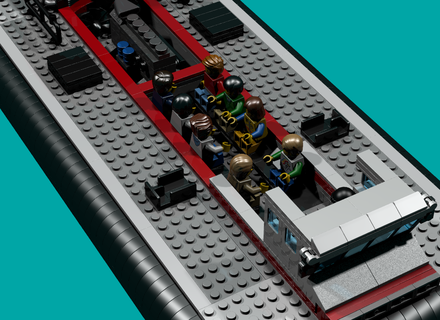 The original engine bay layout was a guess - I knew that there had to be a lift fan and a Diesel engine. I found an image of a hovercraft under construction that showed rear facing lift fan ducts. This arrangement allows the hovercraft hull to remain watertight so it will not sink if there is a problem and it settles on the water.

I have moved the engine forward and fitted twin fans on the rear of the bay. I have also added engine exhaust pipes which tuck neatly under the main fan duct. 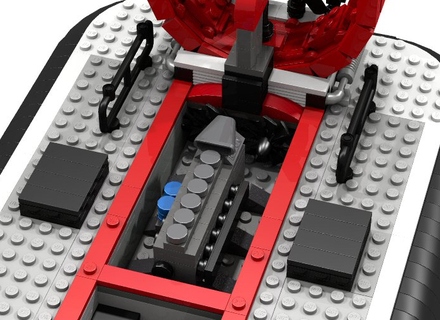