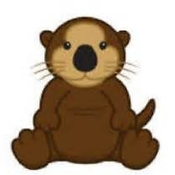 Arrrrr, mateys! The pirates have reached Skull Island, hoping to find the treasure of Captain Caleb's treasure, which is rumored to buried with him on the island. All the pirates found was an old bunker with a cannon and a treasure chest inside the skull. They were about to sail away, when Imperial troops attacked! It was a long battle, but the pirates won. As they sailed away, first mate Peg Leg saw a cave on the backside of the island. Inside was Captain Caleb's treasure! It was a solid gold coffin with his red flag in the cave. The pirates were now rich! this set includes these minifigs: the Imperial Governor, the Imperial first mate, two Imperial soldiers, the Imperial cabin boy, pirate Captain Eric, First mate Peg Leg, the quartermaster, the pirate powder monkey, and the pirate crewman. Accessories include: 4 musket rifles, 1 flintlock pistol, 4 cutlasses, 2 maps, 3 oars, a bottle, a stick of dynamite, 2 sheaths, and assorted treasure.

Please note: I am not sure how many pieces this build is, but it's somewhere between 1000 and 1200 pieces. Please support my build! flod6