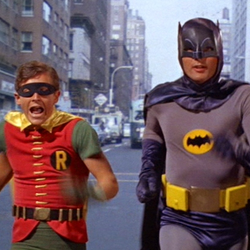 Whats in the cellar?

It's just a normal day at the busy restaurant kitchen, until Bob goes down into the cellar to get some vegetables for his sausage casseroll. He hears the sound of footsteps and creaking stairs. Then... a zombie appears with a T-bone steak, a skeleton pops out from behind the crates, and a ghost appears.... somewhere! The next thing Bob knows is that he is running into the depths of the cellar, where he finds lots of intriguing objects, like an old pizza - Yuck!

It's now up to you if Bob finds his vegetables for his casseroll, or if he ends up in it!

Hope you like it (and support it!) - also if it reaches 100 supporters, I will add another cellar monster to munch on Bob!