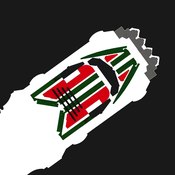 You never heard about this car?

Without joking, this car was really produced.

The idea of the Bond Bug was to produce a car for the masses, with a futuristic design. Its concurrent was the Austin Mini. Designed by Tom Karen (Ogle Design), it was produced more than 2000 times between 1970 and 1974. The little 4 cylinder was a cracker (faster accelerating than the mini), but the price not (more than the mini). That’s why production was stopped in '74.

~Thanks a lot for watching, supporting and following!~