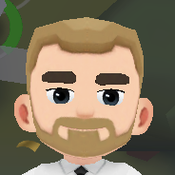 By StarvedMonkey9921
15 comments
This is my 1,900 piece model of the American satellite, Cassini-Huygens. For more than a decade, NASA’s Cassini spacecraft shared the wonders of Saturn and its family of icy moons, taking us to astounding worlds where methane rivers run to a methane sea and where jets of ice and gas are blasting material into space from a liquid water ocean that might harbor the ingredients for life. Cassini revealed in great detail the true wonders of Saturn, a giant world ruled by raging storms and delicate harmonies of gravity.
Cassini carried a passenger to the Saturn system, the European Huygens Probe, the first human-made object to land on a world in the distant outer solar system.
After 20 years in space, 13 of those years exploring Saturn, Cassini exhausted its fuel supply. And so, to protect moons of Saturn that could have conditions suitable for life, Cassini was sent on a daring final mission that would seal its fate. After a series of nearly two dozen nail-biting dives between the planet and its icy rings, Cassini plunged into Saturn’s atmosphere on Sept. 15, 2017, returning science data until the very end.