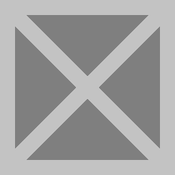 The sole component of originality in Project TelePresence is that of Negative-Entropy (not even the name is exclusively new). As essentially everyone is aware, entropy is the measure of chaos, of disorder, in a system; it follows, then, that negative-entropy is the reversal of any disorganizing process, that is, to make a system more ordered. The set I have designed here uses Negative-Entropy in primarily two instances, in two different ways. The first is in the arm-cannon of the remote-controlled robot; the Negative-Entropy Cannon it uses acts, simply put, like a freeze-ray (since heat is arguably chaotic, cold is necessarily ordered). The other use is in the odd table-like apparatus off to the side (which I like to call a Rations-Conjurer), which (after collecting matter from the environment) uses Negative-Entropy to form nutritional matter. (The inspiration for this machine came directly from the FLDSMDFR from Cloudy with a Chance of Meatballs.)

Outside of the theory of Negative-Entropy, everything else in the set is hardly original. Remote-controlled robots are far from new, but I thought it would be quite interesting if one used a full-body virtual-reality apparatus to direct it (when it's not off on its own). Additionally, I don't believe the actual control system is all that original either, but it's rather nice all the same. But now I think it proper to explain the real meat and bones of the project: the set itself.

The robot (which makes up the largest part of the set) is a simple conglomerate of stud and ball-joint pieces, allowing for both high articulation and sturdiness as well as detail and artfulness. The robot has three eyes in red, green, and blue because it allows for simpler cameras while also having a full-color three-dimensional picture for the controller. The rest of the figure's features should be sufficiently self-explanatory.

The controller (a human of course), while not only in a full-body suit with virtual-reality helmet, is suspended by a semi-intelligent arm which allows for any movement the user could make. The actual way in which the user controls the machine is by way of a complex system in his suit which allows all of his output to be transmitted to the robot, while all of the robot's input is transmitted to him. The rest of apparatus should be pretty easy to understand.

Of course, the controller can't stay in his machine all day, and should an enemy ever come upon him, he must be prepared. This is precisely why he comes equipped with a run-of-the-mill communicator, Negative-Entropy hand-gun, Negative-Entropy grenades, and Rations-Conjurer device. All of these accessories should get him through until he comes home. And with that, I believe I have given a comprehensive account of Project TelePresence!

For those of you who may or may not review and redesign this set, feel completely free to use any colors you want, as well as add more or less detail or structure; this is just a rather rough concept.

PS: Please note that this is my first project, and that... well... never mind.