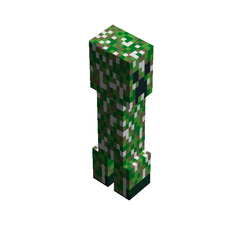 Hurry! Help spearman Alan Swift and crossbowman George Bowels keep Eric Hinlor, the green knight from illegally entering the kingdom of Nar. there are two ways to defend the bridge;

This was the first set that I designed. it took about two hours to complete and first drawn out by hand before it was actually created. The story goes is that Eric was sent to go rob Samuel and Samantha Peterson's house because of a map that would lead to great treasure and because of Samuel's sword, Arfurmen, which was known to have a deadly strike. What Eric didn't account for was that Captain Hensor, had specifically told two of his best men to defend the bridge in case the green army decided to send Eric to steal from them.

In order to find out what happens next, you'll have to wait for the next part. :)