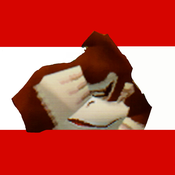 The main object of this set is an elephant with a small house on his back. The build was inspired by old eastern Asian architecture as well as ancient war elephants. I designed the house a bit over-the-top awesome on purpose, because I think the most interesting Lego sets are the ones where creativity isn't restricted by reality.

Already the elephant on it's own, without the house, would make a good set. Elephants are amazing! But the house adds a ton of individuality and new possibilities for playing. This set adds well to many other Lego series. It matches the Asian style of Ninjago (I used a Ninjago minifigure as rider) as well as the City line. And, of course, it makes a great stand alone model that brings joy to the people only by looking at it.

I don't just upload this to share my creation with other Lego fans, but also because I really think this would make a great set. When I put myself back into my childhood, this set would have been my ultimate birthday wish! So Lego, get your hands on this, as it will bring you great profit!