leopard1217
0
This set has 583 pieces and will include agents from the show like Agent Simmons, Agent Fitz (on motorcycles), Agent May(in back of the jet), Agent Ward(on ATV), Agent Coulson (inside Lola), Maria Hill(in front of the jet), Nick Fury, and another S.H.I.E.L.D Agent (in truck). Just like in the 1st Agents of S.H.I.E.L.D set I made, it has a weapons rackAgents Skye is on the computer in her van. I'm not sure what they drive and I only know Agents Coulson drives Lola and Skye lived in her van. 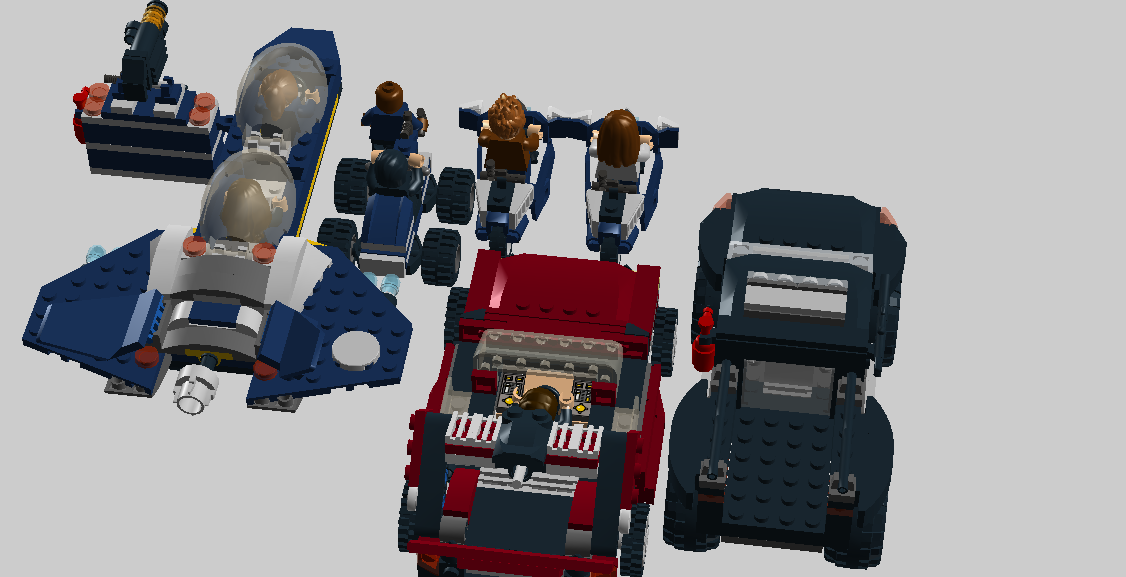 A top view of each vehicle. The jet is similar to the one in Hulk's Helicarrier Breakout but has 2 cockpits and landing gear. The 2nd cockpit is for shooting missiles instead of flying.
Lola is very similar to the Vehicle spider cycle chase set, but is twice as big and is dark red.
The Truck is similar to Loki's cosmic cube escape but has no missiles and no launching mechanism and is mostly black instead of Navy Blue. 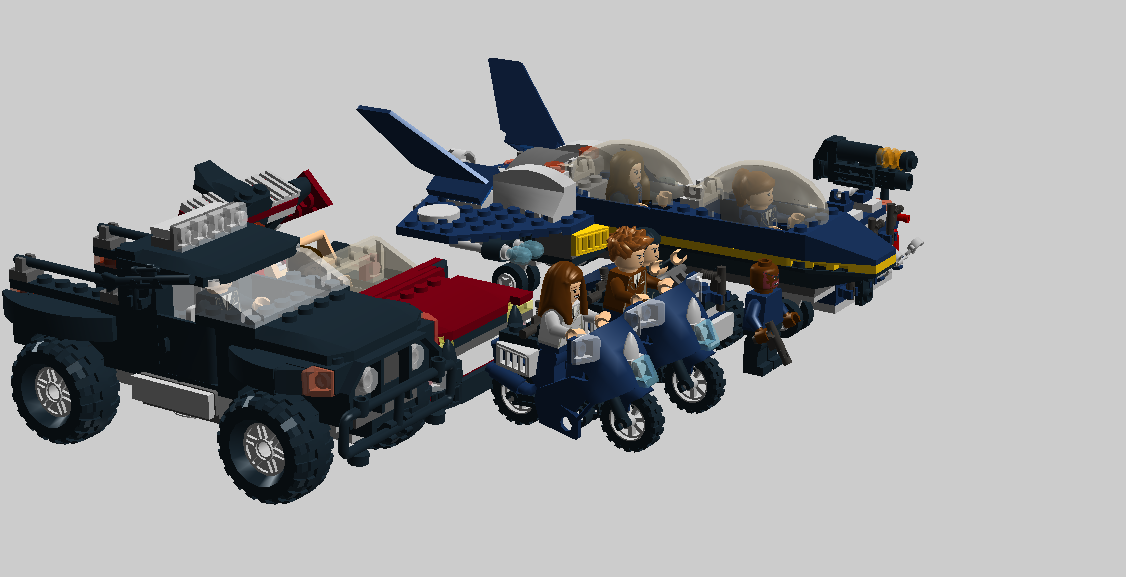 I tried to match the minifigures to their characters are on the show. For Agents Fitz and Simmons, I tried to give them colors that could match their coat. They both have pistols on the back of the motorcycles. Since you can't match 2 colors in 1 hairpiece. Agent Ward has a black hairpiece instead of the one from the show. Agent May has hair similar to Skye but a bit darker.