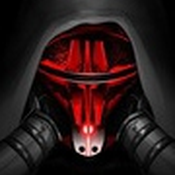 By Revan New
311 comments
Welcome to Tortuga, the famous pirate island!
This imposing settlement grew through the efforts of the pirates, who wanted a place where they could rest, find company to talk to, and spend the stolen money.
Starting with a couple of taverns, Tortuga has grown enormously over the years. The land on which to build was long gone, so new buildings were erected right on the roofs of the old ones.
This is the place where you can meet people from anywhere in the world. On Tortuga, neither race, nor nationality, nor adherence to any religion is important, the main thing is that you have enough money and the ability to wield a blade.
In this creation, I mixed two themes: pirates and steampunk, which are great for each other. This is a tavern where pirates come to rest and have fun after their wanderings. Over time, new premises were built on top of it for housing, maintenance of steam engines and storage.
I hope you like and support my idea. Thanks!