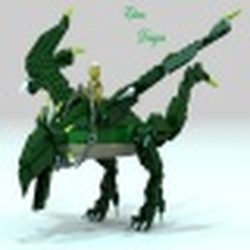 lizardman
9
"There once was a noble king who ruled his kingdom with kindness and justice. However, one day his son betrayed him and led an opposing army against him. The king's army was ultimately defeated and quickly overcome by the opposing army. Forced into exile, he fled his kingdom and traveled to an isolated and lonely mountain where a fortress had been built as a safe haven several years prior. He remains on the mountain to this day despite the harsh conditions in order to deter his son from pursuing him and the remnants of his army. There he lives in lonely solitude. Biding his time and rebuilding his army, he hopes to regain his kingdom and stop his son’s tyrannical rule over his people."

This is a castle that I built using LEGO Digital Designer. My goal was to create a more detailed castle than is normally presented in many of LEGO's Castle sets. The castle itself features both a detailed exterior and a furnished interior.

Some highlights include:
-Detailed exterior that provides a more realistic look to the castle
-Rocky base for the castle to rest upon
-Opening castle doors
-A Throne room for the king
-A Barracks
-A small room for archers at the base of the main watch tower
-Three minifigures. These include the king and two of his soldiers.


For higher quality and larger pictures check out my Flickr!

If you like this, please also support some of my other projects!
-Dragon Slayers
-Elven Dragon
-Tower Robbery
-Dragon Drone D-77 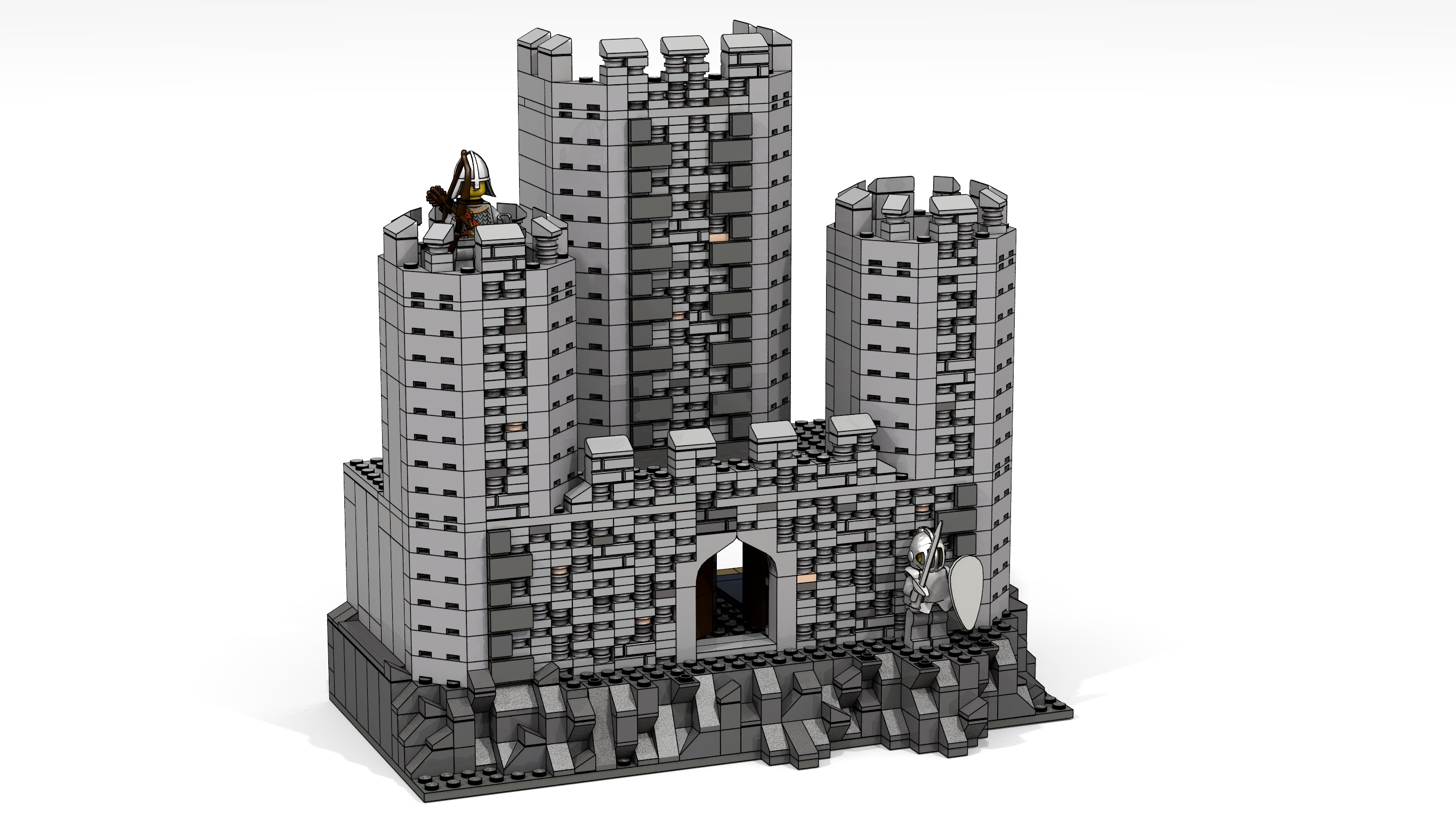 I tried to make the castle as detailed as possible. This picture also shows the castle doors partially opened. 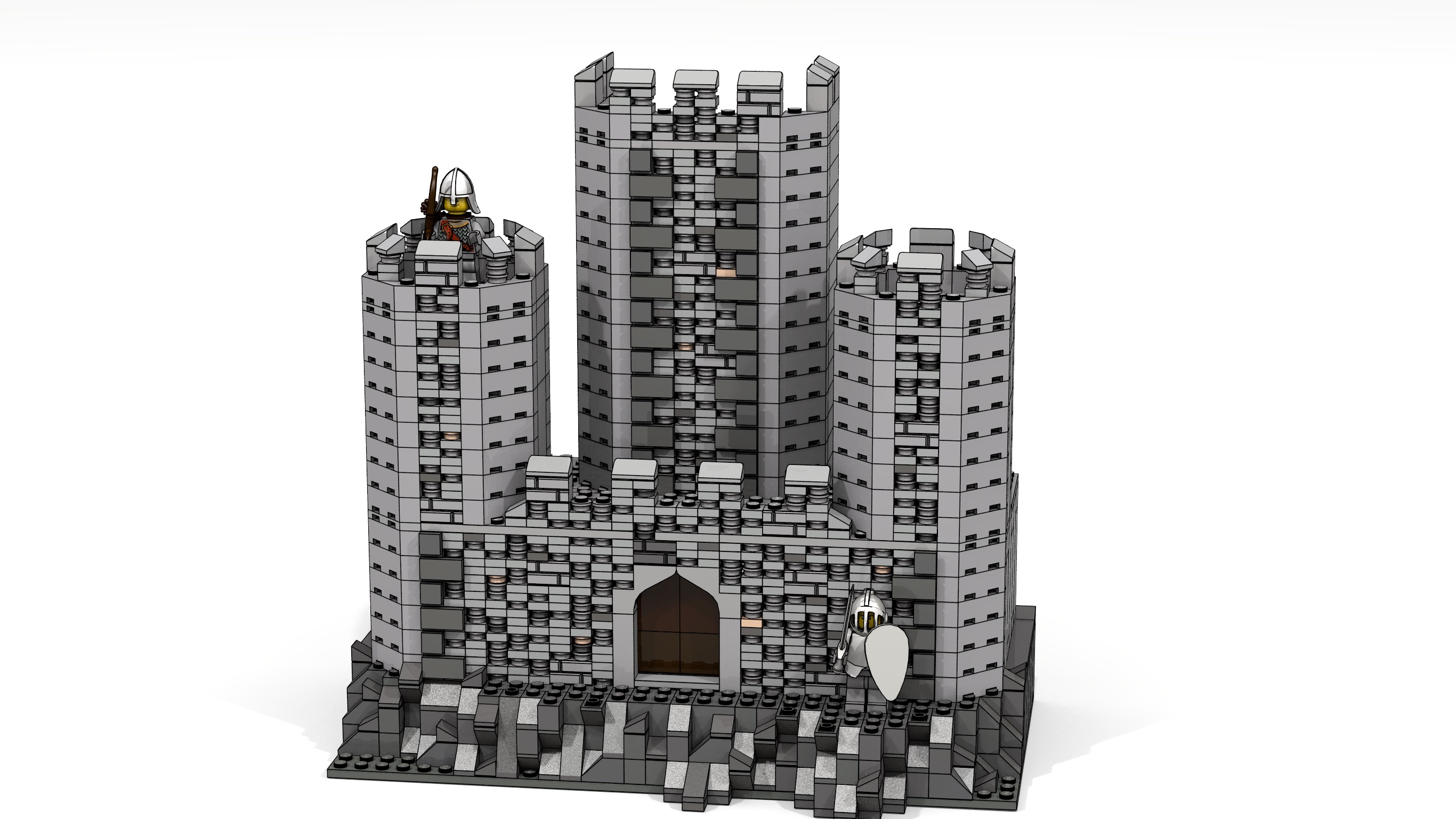 Here is another angle of the castle exterior. 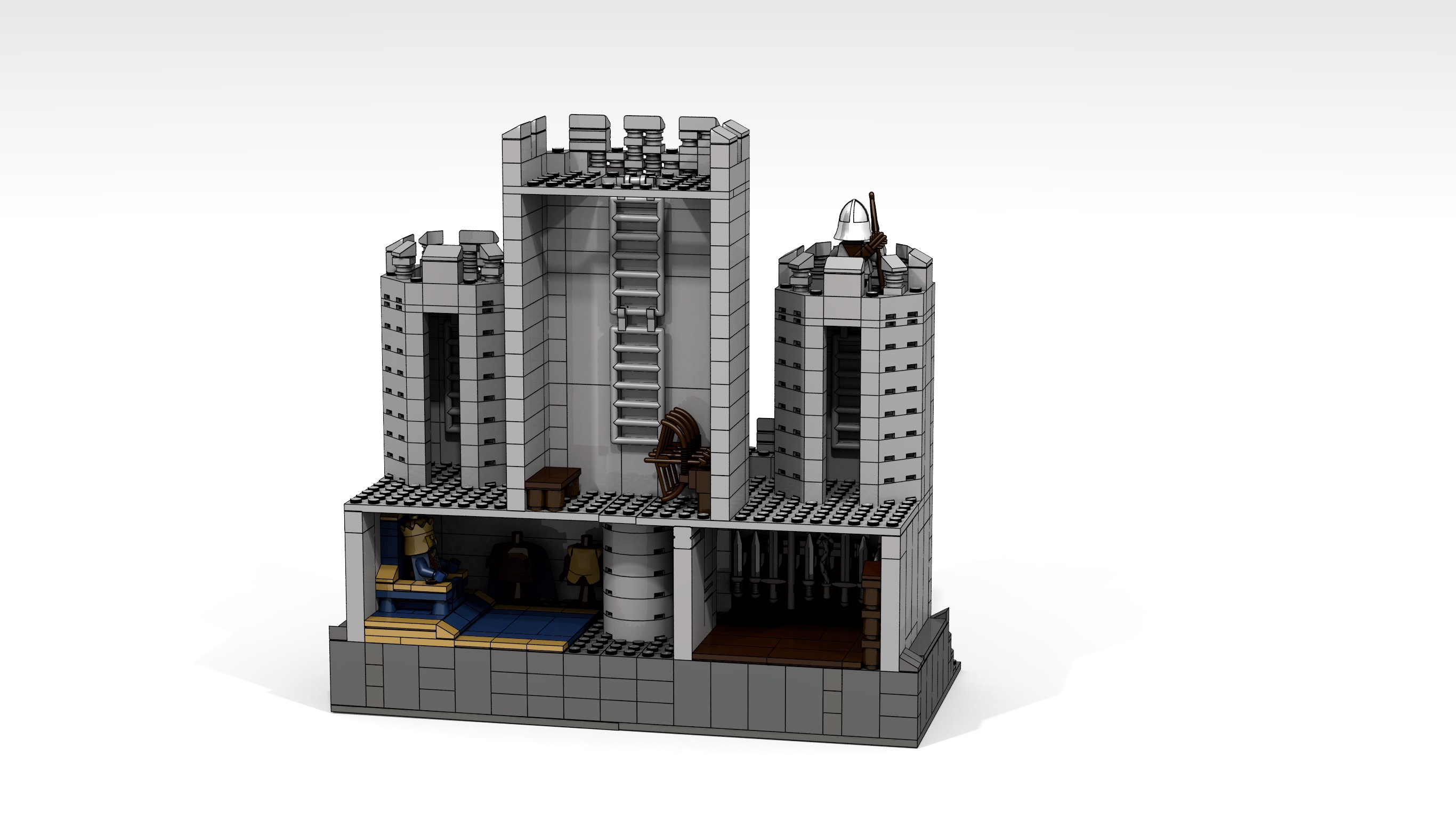 Here is a general look at the castle's interior. The throne room is at the bottom left, the barracks at the bottom right, and the archer's room in the main watch tower. 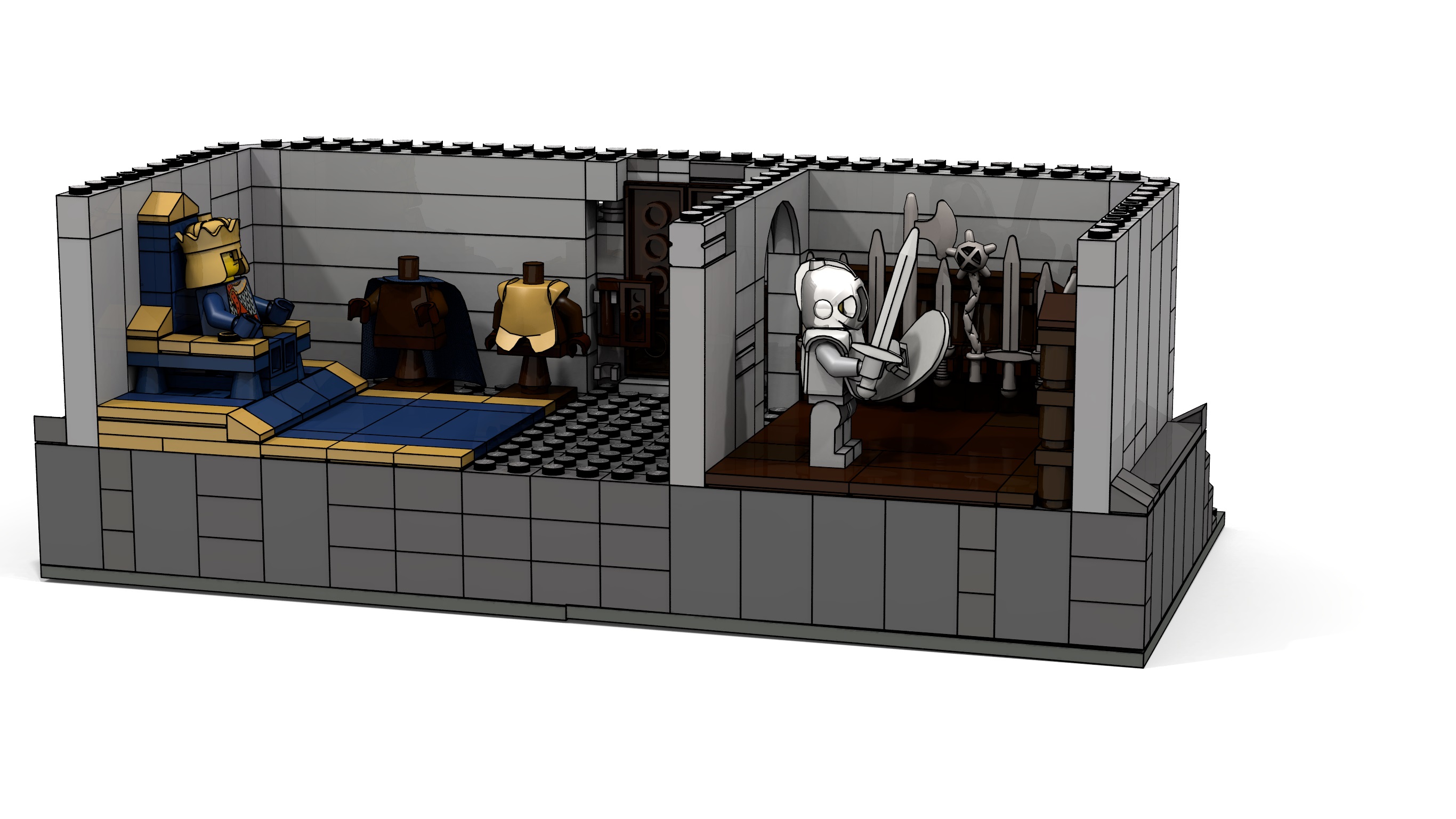 Here is a better look at the throne room and the barracks with the above part of the castle and the support pillar removed. The throne room features the kings throne as well as stands for his cloak and battle armor. The barracks features a large selection of weapons for the knight to use at his disposal.

I hope you enjoyed the project. Thanks for viewing and for your support!