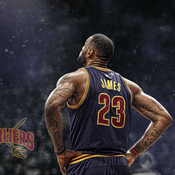 Greetings to all who see this project)
I want to bring to your attention one of my best works, Chevrolet Camaro Z28 1969.
A little history of the car:
In September 1966 the first Chevrolet Camaro went on sale, as the vehicles 1967 model year (M. G.). The Camaro was clearly a strong athletic silhouette with long hood, short trunk and off back room. Produced two models: a closed two-door coupe (Sport Coupe) and an outdoor two-door convertible (Convertible) they were four-seater with individual seats front and rear solid sofa.

Have standardly equipped model at the edges of the grille featured two round headlights. Round the vehicle's front was located close by. In the base budget and performance Camaro was modestly equipped car, but it's easy to "decorate" for additional options. So, custom factory equipment (Regular Production Options, RPO) Rally Sport (RS), offered hidden headlights. In this case, a black radiator grille extended the entire width of the lights were closed sliding shutters and rectangular sidelights is located under the bumper. Special finishing of the sidewalls, RS logos placed on the grille, fenders and the gas tank tube complement this option.

1967 Camaro Sport Coupe SS 350 with a package Rally Sport
The base six-cylinder engine (L6) had a capacity of 140 HP , but in order for the car to install a more powerful engine and enhanced suspension. For example, there was a SS version — factory fitted car, powerful, combining bright appearance, reinforced chassis and eight-cylinder V-shape (V8) or 5.7-liter (350 cid) engine producing 295 BHP (bhp) or the new 6.5-liter (396 cid) engine rated at 325 or 375 horsepower (bhp) depending on the degree of forcing. The model in this version had a hood with simulated vents on top, the SS emblem on the grille and trim the front of the bonnet and wings: black body, painted in bright colors, or white for dark bodies. Labels SS were also located on the front fenders, gas cap and rear wheel. The RS and SS options could be combined.

Even more interesting the car was designed to participate in racing Trans-Am series. A special version with the original engine, transmission and chassis in December 1966 went on sale. In catalogues of firms in the factory equipment was marked with the code Z/28, and outwardly had two wide stripes painted on the hood and the trunk lid.

The main visible difference cars 1968 model year was solid (without vents) side Windows. This is made possible through the use of new ventilation system in the salon, which provided more qualitative ventilation. The headlights were rectangular, changed the rear lights, in accordance with the requirements of us law on the front and rear wings appeared Parking lights.

1969 Camaro Z/28 with the "humpback" hood and optional spoiler, front and rear
A large part of the exterior body panels (doors and sides, the front and rear fenders) cars 1969 model year was new. The Camaro is slightly longer and wider and look more aggressive. There is a new grille with a large kink, under a built-in bumper has a large round front, the other became the rear lights. Curtain closes the lights in the RS version, of steel other, in front of the rear wings appeared decorative punch, "gills", which are the expensive models were finished with chrome. In the cabin began to install the new faceplate. The version of the Z/28 on order to install Humpy bonnet with a large convex podshtampovki center.

Camaro 1969 model year was named the best car in the entire history of Chevrolet. Voting was conducted among fans of the brand on the company's website and was timed to coincide with its centenary. The production of these cars continued until November 1969, the next-generation model appeared in February 1970.
____________________________________________________________
The work took about 2 weeks. There were a lot of changes had to redo a lot. I tried to convey all the basic features of a real car as you can. No just changing the color of the car, the original color (in the beginning) was red, then blue, and just now I finally decided with the colors, selecting the red color with two black stripes. I take pride in my work, I think it can become an official LEGO dialled.
Why the Camaro?
It's very simple. I have long been fond of retro cars. Of course, the Chevy Camaro is one of the most iconic vintage cars of the 70s years. I like how it looks.
Thank you for your attention to my work. I'll be glad if you vote for her.