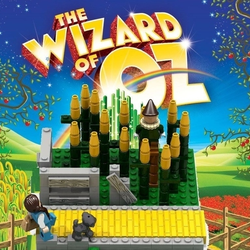 This project is not a series, but a singular set, "The Pod". The project is based on the place you start out and navigate through the menu.. The Pod contains a Lego Ps3 remote that your Sack-person uses to navigate. What is Little Big Planet? (From Wikipedia): LittleBigPlanet  is an puzzle platformer and world creation video game for the PlayStation 3, first announced on March 7, 2007 by Phil Harrison at the 2007 Game Developers Conference in San Francisco, California. It was developed by Media Molecule, a British company founded in part by Rag Doll Kung Fu creator Mark Healey, it's published by Sony Computer Entertainment Europe and is now avalible all over the world.

This set includes the Pod, and Sackboy. You can spread the word by Facebook, Twitter, etc. Thank you for all the support!